Since we have a new Facebook Phone out there, the HTC First, why not come up with the Facebook Tablet? Suman Chatterjee thought of one and called it the HTC First Tab. After all, HTC has been out of the tablet business for a while now, so they may as well get into it with a touch of social networking. 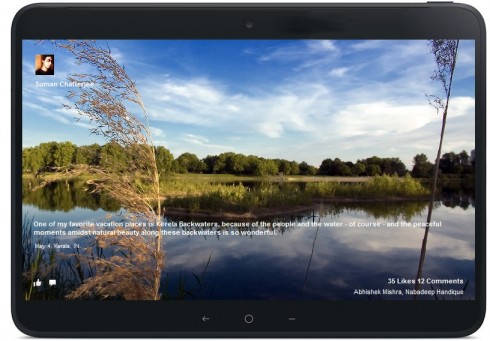 The device sports the same capacitive buttons as the HTC First at the bottom of the display and obviously adopts Facebook Home as the overlay on top of Android. It packs a 10 inch display, most likely a Full HD one, accompanied by what is probably a Snapdragon 600 or 400 processor, 2 GB of RAM and 16 GB of storage.

There’s also probably a cool camera at the back, although I would rather offer a tiny little camera accessory that can take pictures independently and then slide into the tablet and upload them to Facebook. Sort of like a little PadFone… What do you make of this idea?