There’s a Twitter account out there called @evleaks, that publishes hardcore leaks of phones and tablets ahead of their launch and now the same source has taken to Facebook and published a very interesting picture. It depicts a mystery LG smartphone, that might as well be the LG Optimus G2. 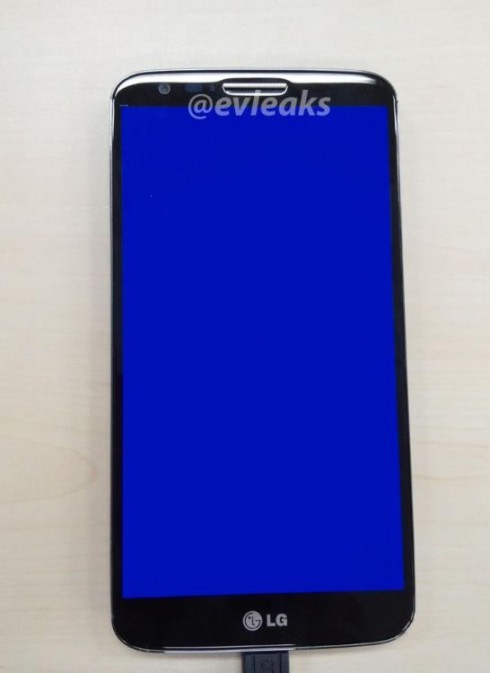 Some say it could be the rumored LG Nexus 5, although I kind of doubt that. Well, this model does look quite nice and it has an usual earpiece design, an elongated body and minimalistic bezel. It may resemble the Nexus 4 just a little bit and people posting comments on the Facebook page of the leakster have juggled some specs for this model.

They say it could be a Nexus 5 handset with a 4.7 or 6 inch Full HD OLED display, maybe a flexible screen, a Snapdragon 800 processor at 2 GHz and Key Lime Pie support. We knew that the LG Optimus G2 was coming soon and we’ve heard that it may be so scary thin, that its volume buttons and on/Off buttons were placed at the back… What do you think?

About Thrystan
HTC First Tab, the Facebook Tablet by Suman Chatterjee   Motorola Nexus Plus Handset Concept is a Google Nexus Phone for the Masses