In spite of the fact we’re 3 days away from Google I/O 2014, this “Nexus 9” tablet leak doesn’t have to do with this show, but rather with a product meant to be unveiled in the fourth quarter this year. Also dubbed HTC Volantis, this Nexus tablet has been rendered by the folks of Android Police. 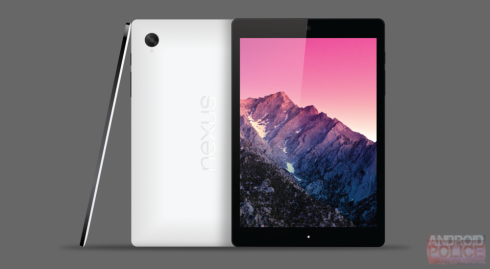 All they had was the image below and they used it to create the render above. At some point there were speculations about a Nexus 8 codenamed Flounder, a tablet that would be among the last Nexus devices. Now the HTC Volantis pops up and it could be an Android Silver model or a new Nexus tablet. It’s actually an 8.9 inch device, that weighs 418 grams and offers a 2048 x 1440 pixel resolution. 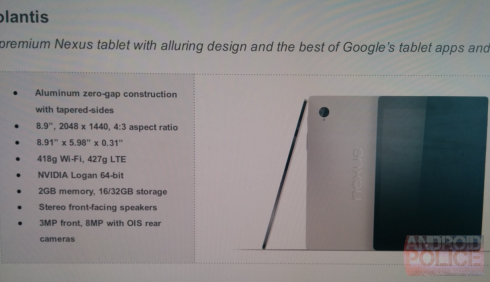 It adopts an aluminum zero gap case and it’s said to be priced at $399 in the 16 GB version. It comes with the Nvidia Logan 64 bit processor, 2 GB of RAM and 16/32 GB of storage. It also has stereo front facing speakers, a 3 MP front camera and a surprising 8 megapixel shooter with OIS. The CPU is actually the Tegra K1 by the way, an interesting choice for HTC, if you ask me.

What do you think of this leak?

[via Tablet News and Android Police]