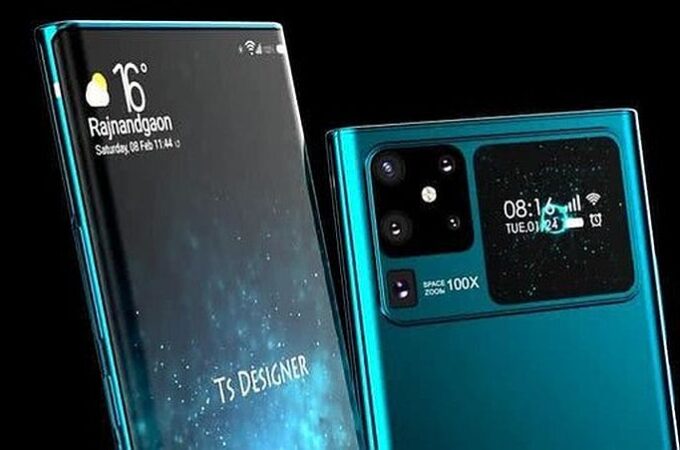 Fresh after seeing the Huawei Mate 40 rendered, we know get a similar concept from the same source for the Huawei Mate 40 Pro. There’s a lot happening here, but there are 2 core findings: there’s a second screen at the back and the camera channels the Galaxy S20 Ultra.

Huawei Mate 40 Pro is expected to be the Fall flagship that Huawei launches this year. It should inaugurate the Kirin 1000 5 nm CPU and also bring some camera novelty. Last year Huawei focused on a waterfall screen, no volume buttons, 7000 FPS video capture and a Cine Camera with 40 MP resolution. Now in the new renders the bezels seem cut further and the selfie camera is supposedly inside the screen. The back camera is moved from the center to the side of the back and the periscope cam is separated within the module.

Concept designer TS Designer is the creator of this set of renders, just so you know. The secondary screen seems a bit odd at the back, as a way to see notifications, take better selfies, or maybe replace the selfie camera totally by using it. The main cam has a stamp saying 100x zoom, so it’s on par with the S20 Ultra. It feels a bit like the Meizu Pro 7, which wasn’t exactly a hit. By the way, there’s also a stylus popping up in the photos.

We need a video of this Huawei Mate 40 Pro concept and higher res renders ASAP!

About Kelvin
Passionate about design, especially smartphones, gadgets and tablets. Blogging on this site since 2008 and discovering prototypes and trends before bigshot companies sometimes
Xiaomi Patents Smartphone With Under Display Camera and We Have Renders Of It   Huawei Mate X2 Rendered in 3D Following Leaks Related to Its Kirin 1000 CPU