Huawei Mate 50 Pro Brings Back the Notch… Why!? 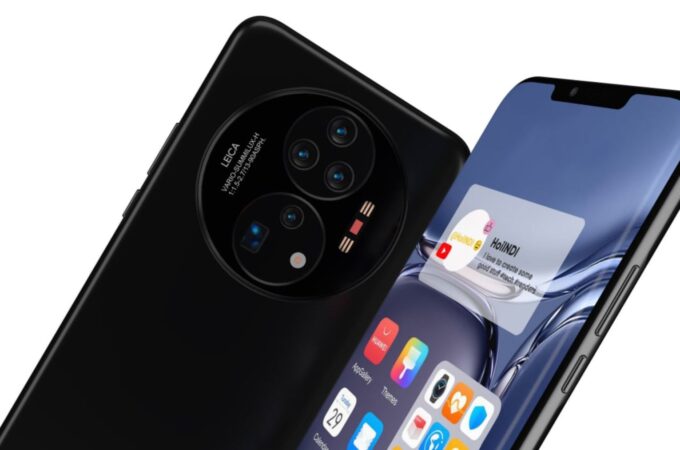 Huawei Mate 50 Pro has already been confirmed by Huawei officials once or twice earlier this year. Now all those rumors are turned into a render or two, shown below. The most shocking aspect is the fact that we get a notch here.

The notch was present on the Huawei Mate 20 Pro and also on the Mate 30 Pro, but it was canned on the Mate 40 Pro. Now the Mate 50 Pro somehow brings it back, according to render source HoIndi. The back camera module is impressive and feels and looks like the Xiaomi 12 Ultra, with a combo of huge cam module and two other circles hosting the sensors, a combo of the Mate 40 Pro approach and the P50 Pro one.

What’s odd is that the Leica branding is still present here, although everybody knows that the partnership has been dissolved. Huawei confirmed that the Mate 50 Pro will launch in the second half of the year 2022 and it should bring a new Qualcomm Snapdragon 8 Gen 1 4G or Snapdragon 8 Gen 1+ 4G CPU, plus the new HarmonyOS 3.0 platform. I see there’s a periscope camera here and a total of 5 cameras, including a main 50 MP sensor, an ultrawide cam, another telephoto cam and the fifth is a mystery, but it may be a monochrome shooter.

The screen is curved on the sides and the device manages to look more like a Xiaomi than a Huawei, somehow (at least according to the leaked Xiaomi 12 Ultra cases). I think the notch won’t happen…

About Kelvin
Passionate about design, especially smartphones, gadgets and tablets. Blogging on this site since 2008 and discovering prototypes and trends before bigshot companies sometimes
What to expect as Samsung S22 prepares to launch third model of flagship phone   Samsung Galaxy S23 Ultra Has a Large Secondary Screen at the Back