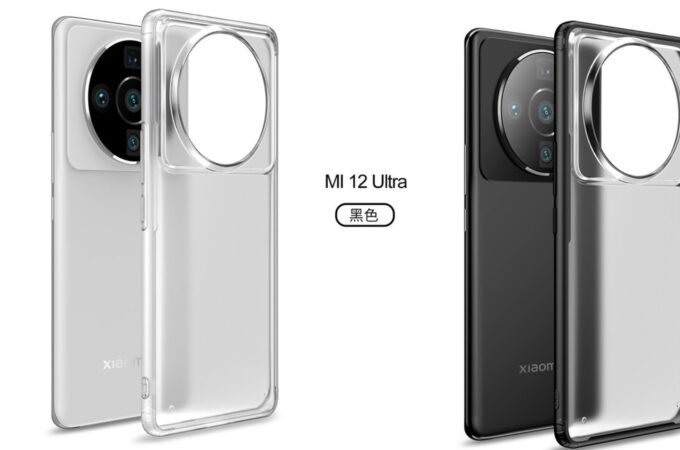 If you thought that the Xiaomi 12 Pro was the top level flagship that Xiaomi had to offer this year, guess again. It’s actually the Xiaomi 12 Ultra and it has just leaked courtesy of a few renders focused on the cases of the device. The Xiaomi 10 started the Ultra trend and while the 10 Ultra was a limited edition, the Xiaomi Mi 11 Ultra was mode widely available.

Now the Xiaomi 12 Ultra is ready to drop, with multiple negative rumors related to it appearing online. We heard it wasn’t coming in 2022, or it was coming in the second half of 2022 and then we heard it had a different name. It was also supposed to somehow inaugurate the Qualcomm Snapdragon 8 Gen 1 Plus processor. Back to the renders, the camera design is similar to the one shown by previous rumors.

It’s called an “Oreo” camera, with a pretty massive module, but sans a secondary screen like we saw on the Xiaomi Mi 11 Ultra. The lack of symmetry may bother some people, except for the LED flash placement. We also get a periscopic telephoto camera at the top with 5X optical zoom. There will also be a Xiaomi-made ISP inside and Leica imaging technology, which Huawei may object towards, I feel.

You know what would be nice here? A Liquid Lens taken from the Xiaomi Mi Mix Fold, since it hasn’t been seen anywhere else. I also see that there’s no front camera, at least not a visible one, but instead it’s placed below the screen.

About Kelvin
Passionate about design, especially smartphones, gadgets and tablets. Blogging on this site since 2008 and discovering prototypes and trends before bigshot companies sometimes
How CBD Oil for Cats Can Help with Anxiety   Can A Male And Female Betta Fish Live Together?