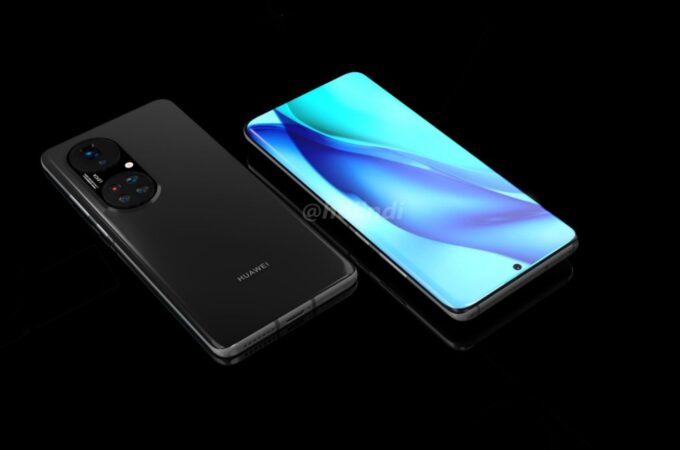 It’s actually a way to show us what’s dwelling in the figure 8 shapes. There’s a periscope camera at the top, a supposed ToF camera below it, what looks like a laser focus mechanism and probably 3 typical cameras. One should be an ultrawide shooter, the other the main cam and the third perhaps a second tele camera. These renders are probably fan-made, if you ask me and the same source, the leakster also provided a leak last month with an entirely different camera design. Also, with these renders comes the info that the Huawei P50 series may have been delayed till May.

First it was March, then April and now May. Things aren’t looking great for Huawei, since the US hasn’t eased sanctions and getting components is still problematic. One thing that looks legit about this leak is the big curved sides screen, with very narrow bezels. Not that the P40 Pro+ was any different. A waterfall screen may happen, even though that trend has pretty much expired. I should also mention that a company like Huawei first tries out prototypes before settling for a final design. It would also be weird for Huawei to splurge on 3 flagships, instead of limiting losses with a P50 and P50 Pro.

Honestly, I’m not very sure they’ll bank a lot on the foldable Huawei Mate X2, but that’s a different story.

And this is the previously leaked version of the phone from the same source:

About Kelvin
Passionate about design, especially smartphones, gadgets and tablets. Blogging on this site since 2008 and discovering prototypes and trends before bigshot companies sometimes
What If HTC Came Back? Here’s a HTC One M21 (2021)   Motorola Moto G50 Rendered and Leaked via TENAA; What’s Special Here?