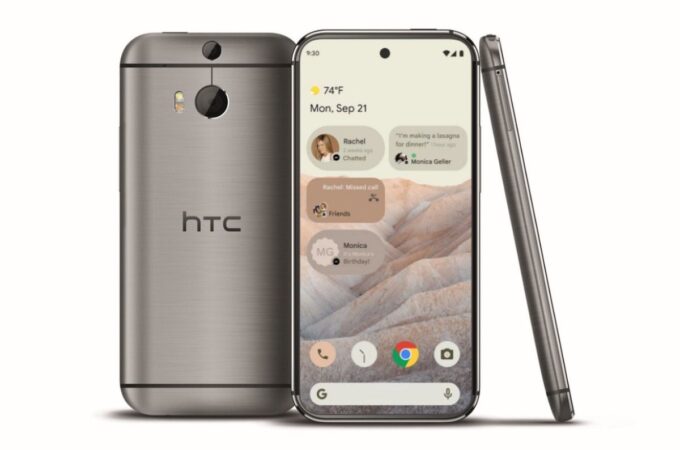 Remember HTC? Just as LG is leaving the mobile biz and I’m sure Sony’s next, we remind ourselves that the first Android phone was a HTC. Nostalgia is one of the biggest forces known to man, that’s why there’s disco influences in Dua Lipa songs and even rock tunes now. Anyway, long story short, HTC is back, but only in concept form, courtesy of designer Rawintosh.

He created the HTC One M21, which basically channels the HTC One M8 and M9, but with an edge to edge screen. The famous antenna line is there, plus the atypical placement of the cameras. If HTC had one thing right that was the large pixel, the Ultrapixel technology. Motorola is actually using it now a lot on its front cameras, delivering 4 MP selfies. HTC didn’t even get to make a proper glass back phone and they bet a lot on unibody metal cases and large front speakers. Those are gone now, replaced by either small slits at the top and bottom of the front panel or speaker holes on the bottom, next to the USB port.

The designer also shared some specs, including Android 12, a Snapdragon 888+ processor, 8 GB of RAM and 512 GB of storage. There’s also a 4000 mAh battery. The device is shown in gold and silver and It’s basically a HTC One M8 with a new facade. Lazy effort or some potential? Have your say in the comments!