Huawei Patents a 3D Camera Phone With Face Analysis; We Have Renders Of It 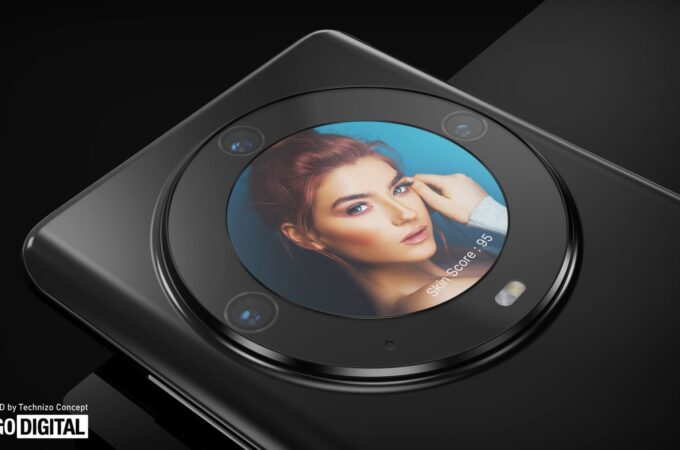 Huawei is finally getting into a sort of stride, so after bring the P50 and P50 Pro to Europe early this year, they may be preparing a new Huawei Mate series device. It may even be the device below, freshly rendered by Letsgodigital, inspired by a recent patent that hints at a Huawei 3D camera phone with face analysis abilities.

This fresh patent seems to show a sort of Huawei Mate 40 Pro successor, judging by the device’s design. The original patent was registered by Huawei itself with the trademark and patent office of WIPO back in July 2021. It was a 43 page application and the final document was published on January 27th. Now we get extra info and a complete set of info by the way and so we uncover in the documents a triple photo setup capable of 3D facial photos, in order to perform an accurate facial analysis.

The camera sensors are integrated in a large camera ring here, with a round screen in the middle, so you can see the result. It’s about the size of a smartwatch screen, or maybe the screen on the Huawei P50 Pocket, the external one. We also get to see a pretty sexy facade, with curved sides and narrow bezels. Seeing Samsung’s flat approach with the Galaxy S22 series, I doubt that curved edge screens will become cool again anytime soon.

Also, judging the recent sunscreen test feature on the Huawei P50 Pocket, we may see that expand to more skincare routines provided by Huawei’s sensors. Slowly, but surely, between the Huawei Lipstick and the P50 Pocket, Huawei is catering to the needs of the feminine public more and more. We’ll have to wait and see when and if this ever comes out.

About Kelvin
Passionate about design, especially smartphones, gadgets and tablets. Blogging on this site since 2008 and discovering prototypes and trends before bigshot companies sometimes
Tips to get the best vintage Chanel earrings   Nokia N93 2021 5G Edition Channels the Weird Flipping Phone of 2006