Latest Huawei P50 Series Renders Are In And They’re Believable 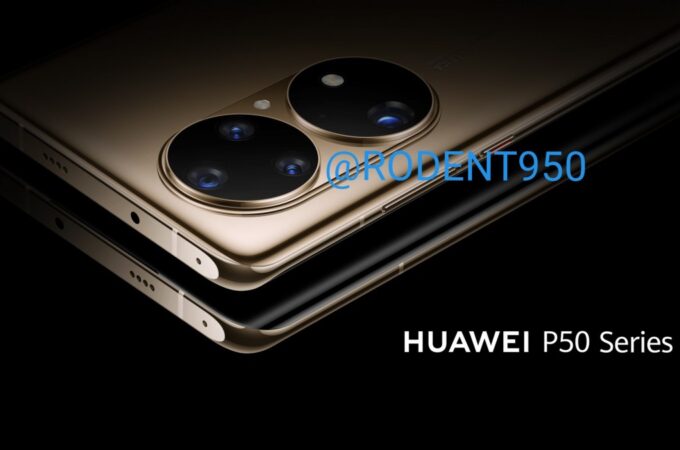 Dates keep flying around these days, concerning future Huawei events. There’s the date June 17th thrown around for the unveiling of the Huawei P50 series and also June 2nd for new MatePad models. We’re hearing some accessories may also come out on May 19th. Before that happens we get to see brand new and legit looking renders of the Huawei P50 courtesy of leakster @RODENT950.

Two large camera rings are shown here, forming a figure 8 camera and speculated to include 4 or 5 camera sensors, including the huge 1 inch Sony IMX800 sensor for the main camera. The source claims these are actual official renders, not fan made ones. The camera protrudes much less than expected, which is good news and we get to see an elegant beige-platinum color version here. We get to see three cameras in the upper cluster and one in the lower one. The lower one may sport the giant Sony sensor.

It’s not very clear where and how the periscope telephoto camera is housed here. Other attentive Twitter users have zoomed in to find a 13-90 mm shooter, which has lead people to speculate we’re about to get variable zoom. The basic P50 should have a 6.3 inch screen and a centered punch hole selfie camera. I’m very curious if Huawei finally makes the big league changes with stuff like 8K capture, 120 Hz refresh rate, Quad HD+ resolution, faster charging and dual speakers this time, ditching the piezoelectric thing.

About Kelvin
Passionate about design, especially smartphones, gadgets and tablets. Blogging on this site since 2008 and discovering prototypes and trends before bigshot companies sometimes
Google Pixel 6 Design Leaks in Quirky Colors, Pixel Watch Also Hitches a Ride   The list of smartphones that can be used for writing long texts