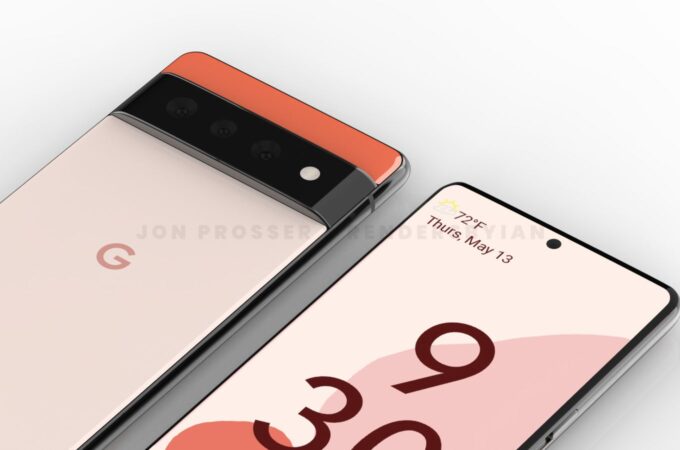 While everybody is wondering about the Galaxy Z Fold 3 and Huawei P50, out of left field comes a leak nobody was expecting. I’m talking about the Google Pixel 6, freshly leaked with quite the detailed design, courtesy of Jon Prosser and his YouTube channel Front Page Tech. We have more intel below.

Over the past 2 years, the Pixel phones have been pretty much lacking in the design department. However, the Pixel 6 flips the script, looking nothing like its predecessor. It’s also quirky, at least color-wise. Prosser claims that he actually had real life and hands on images of the device, which he sent to a concept artist in order to create these renders. Ian Zelbo was the artist behind these brand new images. Turns out we’re seeing here both the Pixel 6 and Pixel 6 Pro, meaning we’re about to get two size versions of the new Pixel, but sans the XL name pattern.

The new back side design looks like a special Thom Browne version of a Galaxy A phone, at first sight Pixel 6 seems a tad smaller and only has two cameras to show on a rather huge camera island at the back. There may be other sensors hidden there. The Pixel 6 Pro looks bigger and also adds a third sensor, which we can only hope is a telephoto one. No periscope though… Another source, Max Weinbach confirmed that the designs are accurate, but the colors aren’t.

Upfront we find a singular selfie camera punch hole and also very narrow bezels, perhaps narrower than last year. I’m not very sure if the combo between orange, black and gray is a good idea here, but once again these aren’t official renders or finalized hues. Google may think of including its own CPU on these phones, one codenamed Whitechapel.

By the way, the Pixel Watch looks way too basic and skinny to be a real flagship watch.

About Kelvin
Passionate about design, especially smartphones, gadgets and tablets. Blogging on this site since 2008 and discovering prototypes and trends before bigshot companies sometimes
Apple iPhone M1 Gets a Crazy Concept Design, With Asymmetry At Its Core   Latest Huawei P50 Series Renders Are In And They’re Believable