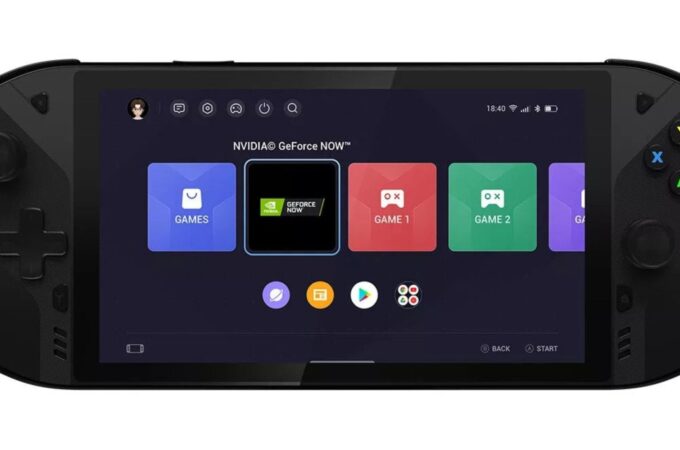 Lenovo is barely getting into the gaming phone segment, having just launched a Legion Phone or two and now it’s apparently ready to deliver us an Android-based portable console. Dubbed Lenovo Legion Play, the device is said to be Lenovo’s answer to the Valve Steam Deck and Nintendo Switch.

Apparently, it was ready for prime time for MWC 2021 but it didn’t come through. Liliputing dug it out from Lenovo’s website somehow. The device looks more like a PlayStation Vita rather than the Nintendo Switch. Its action buttons are colorful and feel more like an Xbox setup. The thumbsticks are set in a diagonal arrangement, not horizontal and close like the PlayStation joystick or Valve Steam Deck.

We also have a D Pad, 4 shoulder buttons and a 7 inch Full HD screen with HDR10 support and 16:9 aspect ratio. This is a supposed to be an Android cloud gaming console which supports both basic Android games, but also AAA PC titles, available via NVIDIA GeForce NOW or other cloud platforms. It has dual speakers, a 7000 mAh battery and runs a modified version of the GeForce NOW platform.

No idea how much RAM, storage or what CPU we have here, but the best guess is 6, 8 or 12 GB RAM, at least 128 GB of storage and a Snapdragon or maybe a NVIDIA Tegra, hopefully a newer one with better power management.

About Kelvin
Passionate about design, especially smartphones, gadgets and tablets. Blogging on this site since 2008 and discovering prototypes and trends before bigshot companies sometimes
Samsung Galaxy Z Fold Note Edition Pictured By Technizo Concept, Letsgodigital   The Most Useful Gadgets Which Every Student Has to Buy Before Entering College