A series of renders of the upcoming LG Nexus 5 2015 have leaked and they seem to reveal the device’s design to us. It’s exactly as expected, but with a few modifications. The leaks have come up courtesy of @OnLeaks and uSwitch.

First thing, in spite of this being an LG phone, its physical buttons have been placed to the sides, not the back. Second, the fingerprint scanner below the camera is really big, leading us to believe that it will also support special gestures, like swiping and others. Also, the camera protrudes quite a bit, so it’s a massive sensor most likely. 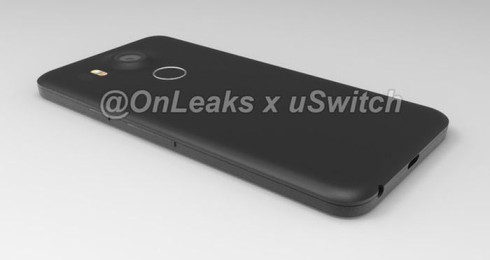 The Nexus 5 2015 is said to measure 8 mm in its thinnest point and 9.8 mm in the thickest, so it’s quite beefy. The physical buttons are placed on the sides and the handset also has an USB Type C port at the bottom. The renders seem to show a polycarbonate back shell, plus a metal frame and at the front there are dual speakers. I have to say that this 5.2 inch handset looks a bit better than the Nexus 5, but the Huawei Nexus 2015 may look even better.

About Kelvin
Passionate about design, especially smartphones, gadgets and tablets. Blogging on this site since 2008 and discovering prototypes and trends before bigshot companies sometimes
Sony Xperia Z5 Plus First Render Leaked   iPhone 6C Gets New Design Version From Kiarash Kia