LG Phone Mockup May be a Future Nexus or the G3

Johannes Blanck has imagined a new LG concept phone and judging by the recent rumors about LG making a new Nexus, this may be a starting point. The original file was called G2, but it turn into a LG G3 later in the year. 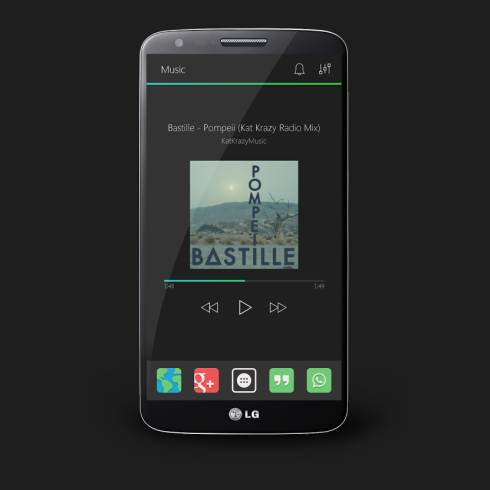 As you can see, the handset has a very minimalistic and flat interface and the icons are created by Jacek Malinowski. The general upper area format makes me think of the Galaxy Nexus, while the lower part is very much like the LG G2, G2 Mini and the recent lower end models showcased at MWC 2014. Recently companies have been taking up rectangular shapes, instead of rounded handsets.

Just look at the Galaxy S5… it’s basically going back to the Galaxy S II. I have to say that it doesn’t matter much if the corners of the smartphone are rounded or sharp, but I certainly prefer this design over the latest Xperia Z units. And now for some specs: 3 GB of RAM, Snapdragon 805 CPU and a 2K 5.2 inch screen. This would work for both the LG G3 and the next Nexus, since as usual the two will be related…