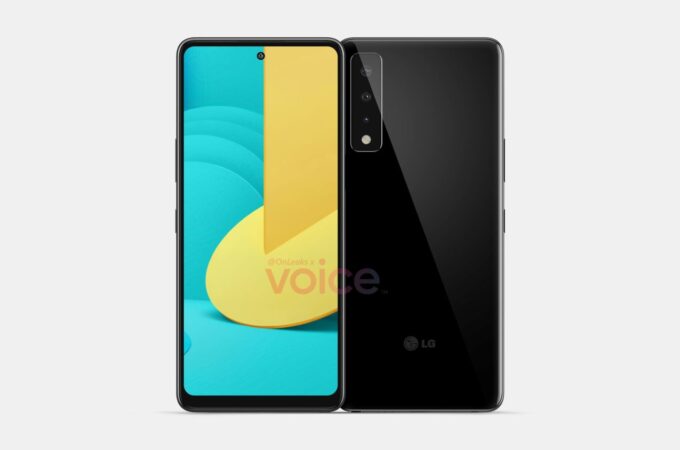 It’s been a while since we last covered an LG concept phone, render or even something that LG would hype up. Let’s face it, the South Korean company hasn’t been doing well in the smartphone segment. The days of making Nexus phones and Optimus phones are long gone. Still, they persist with the Stylo series, providing a midrange twist on the stylus phone. LG Stylo 7 5G is their latest attempt at such a phone and it’s rendered below.

The leak comes from @OnLeaks (Steve Hemmerstoffer) via Voice.com and reveals a rather basic design. It’s Samsung marries Xperia basically. This 5G version of the LG Stylo 7 is expected to drop in early 2021, perhaps even at CES 2021. It’s a big chin midrange phone and it’s also going to have a cheaper 4G version. The back camera feels like a typical 2019 device, vertical and with all the sensors lined up. LG Stylo 7 5G has a 6.8 inch flat display, with a punch hole selfie camera, unlike the waterdrop notch of the predecessor.

The thickness is 8.8 mm, going up to 10 mm with the camera bump. We also get a side placed fingerprint scanner and a triple back camera in a vertical housing. The 3.5 mm audio jack is also here and there’s an integrated stylus in the bottom side of the phone. Back to the camera, I can easily speculate we get a main 64 MP or 48 MP sensor, plus an ultrawide cam (8 or 12 MP) and a Macro or Telephoto cam. The 4G predecessor is priced at $300, but the 5G follow-up is probably going to be pricier.

If this device gets priced at $500, it’s going to bomb. Not even a Snapdragon 765G CPU can save it. Price it at $400 and maybe it’s worth a conversation. We could also use more features than the typical scribbling and generic drawing.

About Kelvin
Passionate about design, especially smartphones, gadgets and tablets. Blogging on this site since 2008 and discovering prototypes and trends before bigshot companies sometimes
Xiaomi Mi Mix Alpha 2 Concept Gives Wraparound Displays Another Chance   5 Reasons You Need a VPN for Your Android Phone