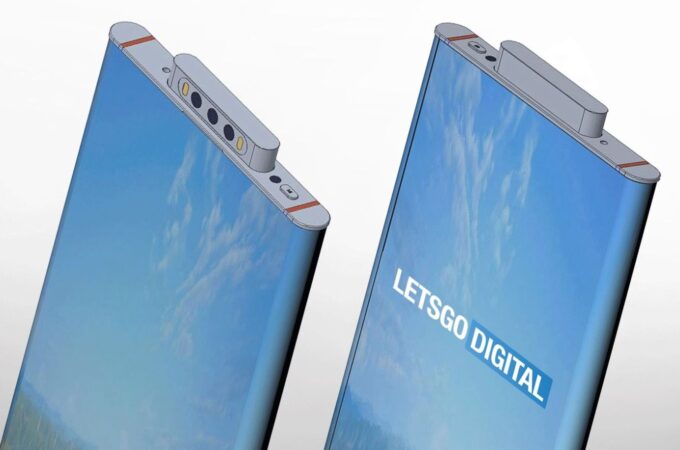 Honestly, I though that pop up cameras were ready to die at the end of 2019. However here we are with Letsgodigital publishing render for this Xiaomi Mi Mix Alpha 2, with this feature exactly on board. As usual Letsgodigital started off with a bunch of patents. They show a smartphone with a facade completely covered by the screen, no bezels. Oddly enough it keeps the audio jack and also gets a screen that continues on the sides. The pop up selfie camera is rather generous, sporting 3 sensors.

The documentation for the patent was released on December 18th 2020 and shows a high end Xiaomi phone with no bezels. There are also 16 patent sketches and 4 color renders. Mi Mix Alpha 2 as the temporary name goes is a rather wide phone, much like a Galaxy Note or a Huawei Mate. Rumors about a Mi Mix Alpha successor have been around for as a long as 6 months already. There was speculation in March that a device codenamed “Draco” was being prepped with a Snapdragon 865 CPU inside.

In the meantime we have been hearing Mi Mix 4 rumors for the longest time, but without concrete proof. It may even end up a foldable. At some point there was even a leak of an odd Xiaomi Mi Mix with a singular gigantic cyclops camera with AI Zoom. That device had a dual display. Xiaomi remains the only company with a surround display phone, but the yield is still a problem. The panel was made by Chinese firm Visionox and cost a lot to make. BOE may have evolved enough to make this happen in a more effective manner.

About Kelvin
Passionate about design, especially smartphones, gadgets and tablets. Blogging on this site since 2008 and discovering prototypes and trends before bigshot companies sometimes
Huawei P50 Pro First Render is Here!   LG Stylo 7 5G Leaks In Renders, Wants to Offer Us a Galaxy Note Alternative