Meet the LG Magnum – Everything Evolves, Even 3D Phones!

Remember Bob Freking’s teaser from the other day? “Shoots.Faster.Towards You” said the teaser and now the identity of the handset is revealed: LG Magnum. You can check out this beautiful new LG concept phone below, in 3 fresh images portraying it. So, are you happy with what came out of the teaser? I can tell you that I am! 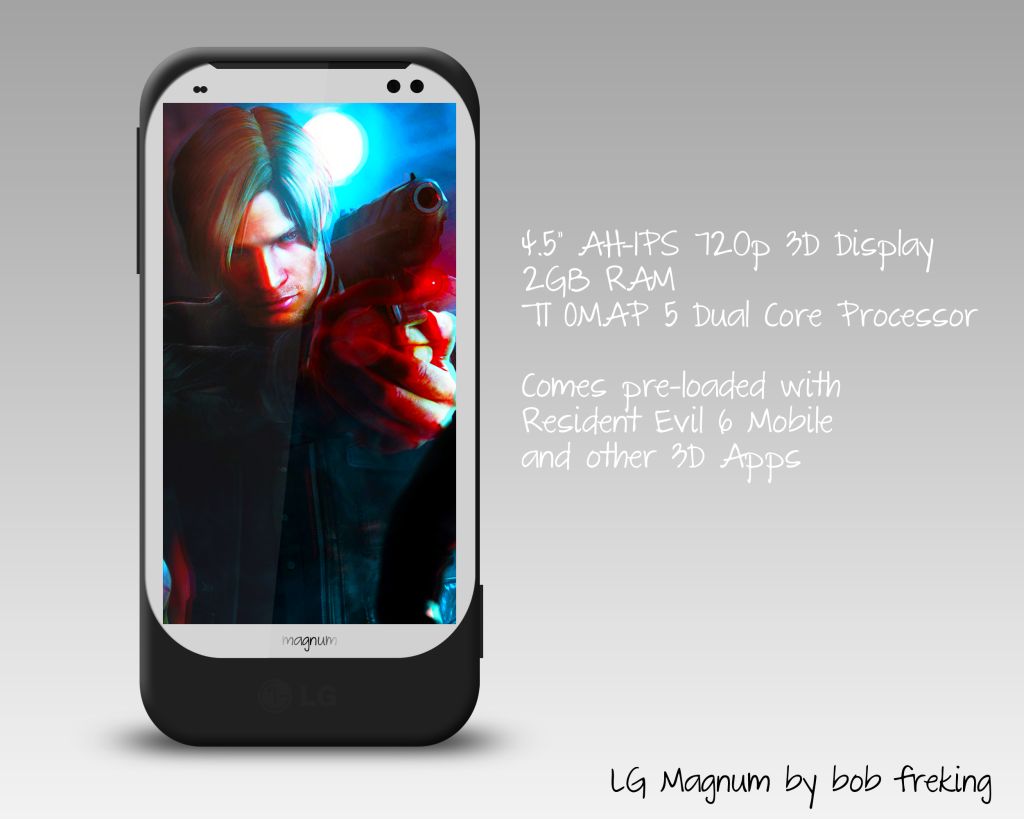 This is a 3D phone with the ability to show clear 3D 1080p videos on big screens via HDMI. LG Magnum also comes with an ARM15 processor and 2GB of RAM, plus a new Adreno GPU, for top notch graphics. Upfront there’s a 4.5 inch AH-IPS 720p 3D screen and the CPU under the hood is a TI OMAP 5 dual core unit. Bob Freking also mentions that the handset is preloaded with Resident Evil 6 Mobile and other cool games and apps. At the back we have a dual 8 megapixel camera with 1080p capture and dedicated camera key, plus Xenon flash.

Powering this great smartphone is a 2300 mAh battery and the screen mentioned above is apparently more powerful and clear than on previous 3D phones. It doesn’t cause diziness or other problems like that. The LG Magnum is made out of polycarbonate, metal and glass, so it will be both fancy and resilient. 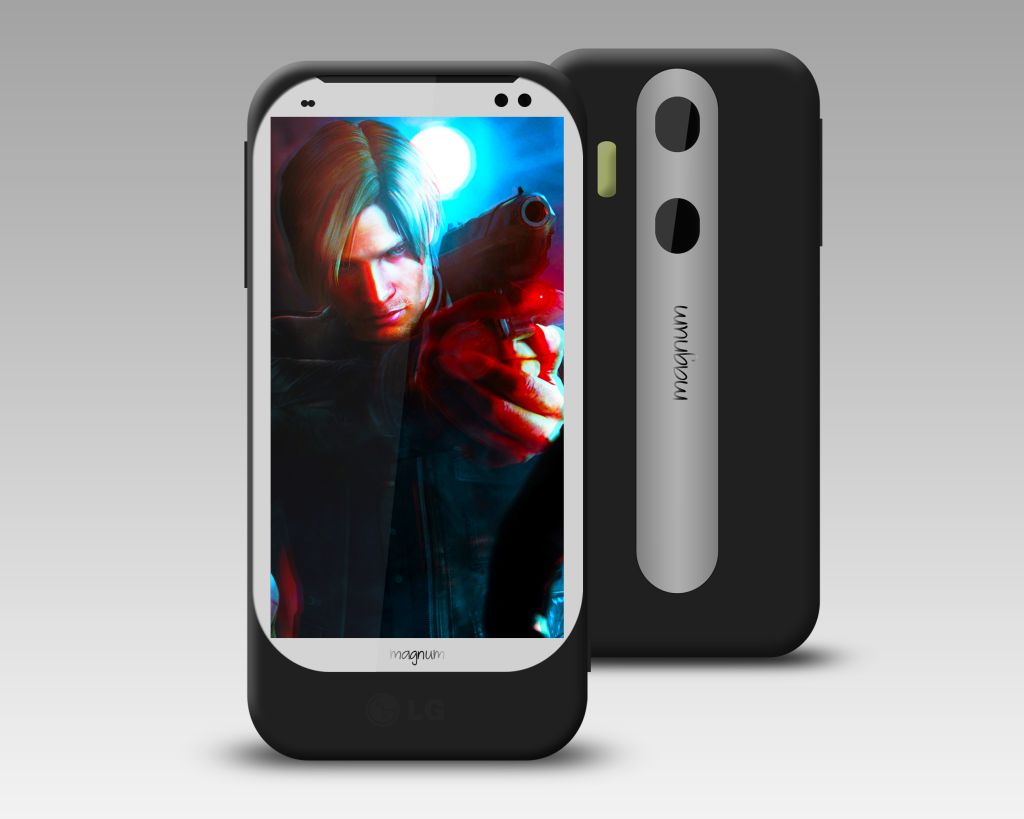 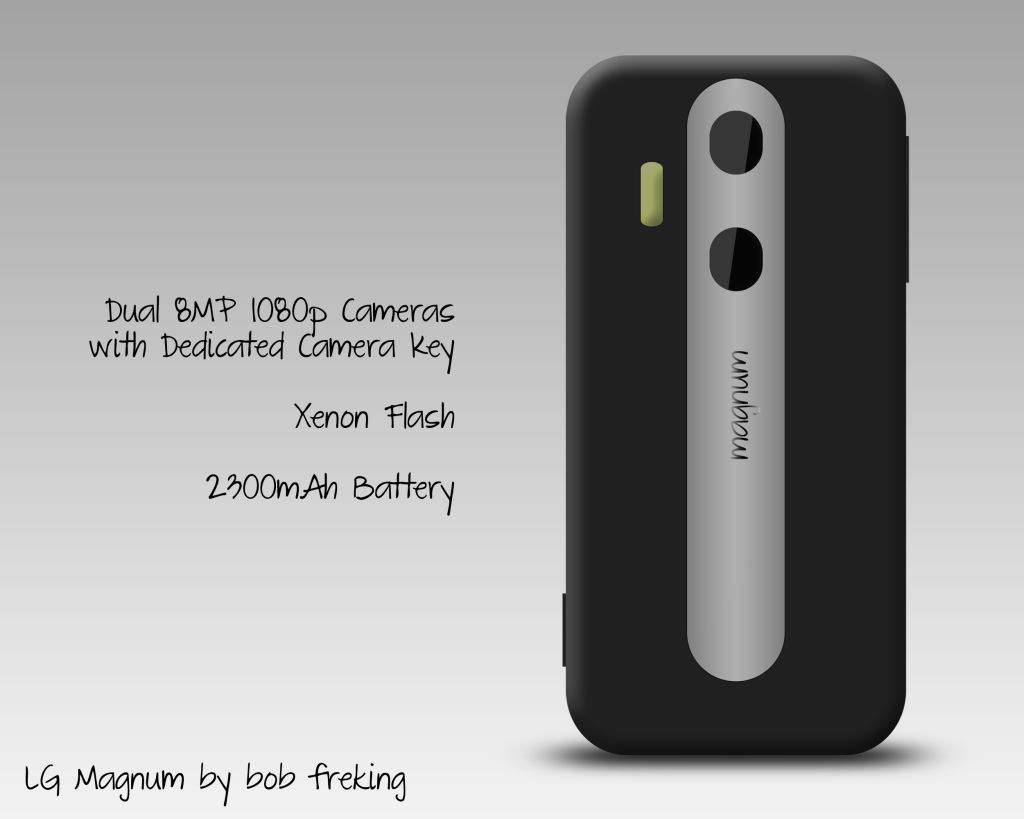