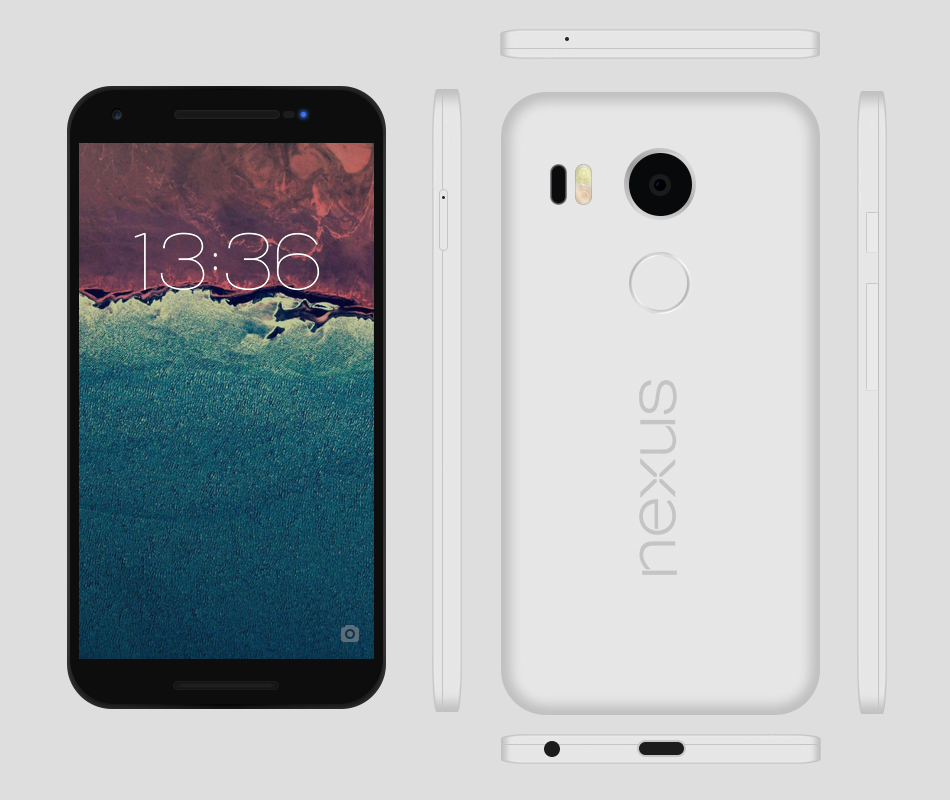 Did you like yesterday’s Nokia metal phone render? Inspired by the Nokia N1 tablet, that model was designed by Kim Wayne and today the same designer brings us a handset we’ve seen time and time again, the Nexus 5 2015. This model is shown below with a fingerprint scanner in tow. 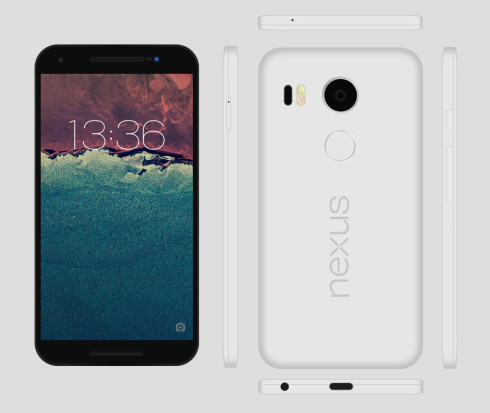 It seems to keep part of the Nexus 5 design approach and it appears we’re dealing with the LG Nexus 5 2015 here, not the Huawei one. The back is slightly rounded, especially at the corners and we get autofocus laser and dual LED flashes next to the main camera. The dual front speakers are still here, plus the lower area USB Type C port. One of the things that the Nexus 2015 has going for it is the lack of ugly plastic cutouts at the back.

The back seems to be made of polycarbonate, probably with a soft touch approach, just like  the Nexus 5. In the eternal question “metal or plastic?”, Google seems to have chosen both, as they’re planning to release both a metal and plastic Nexus, judging by the latest leaks of the Huawei and LG model. Will one cannibalize the other?

About Kelvin
Passionate about design, especially smartphones, gadgets and tablets. Blogging on this site since 2008 and discovering prototypes and trends before bigshot companies sometimes
Nokia Concept “Premium + Fun” Reminds Me of Why MP3 Players Are Dead   Microsoft Lumia 1030 McLaren Feels Like a Nokia X7 With a Big Camera Slapped Onto its Back