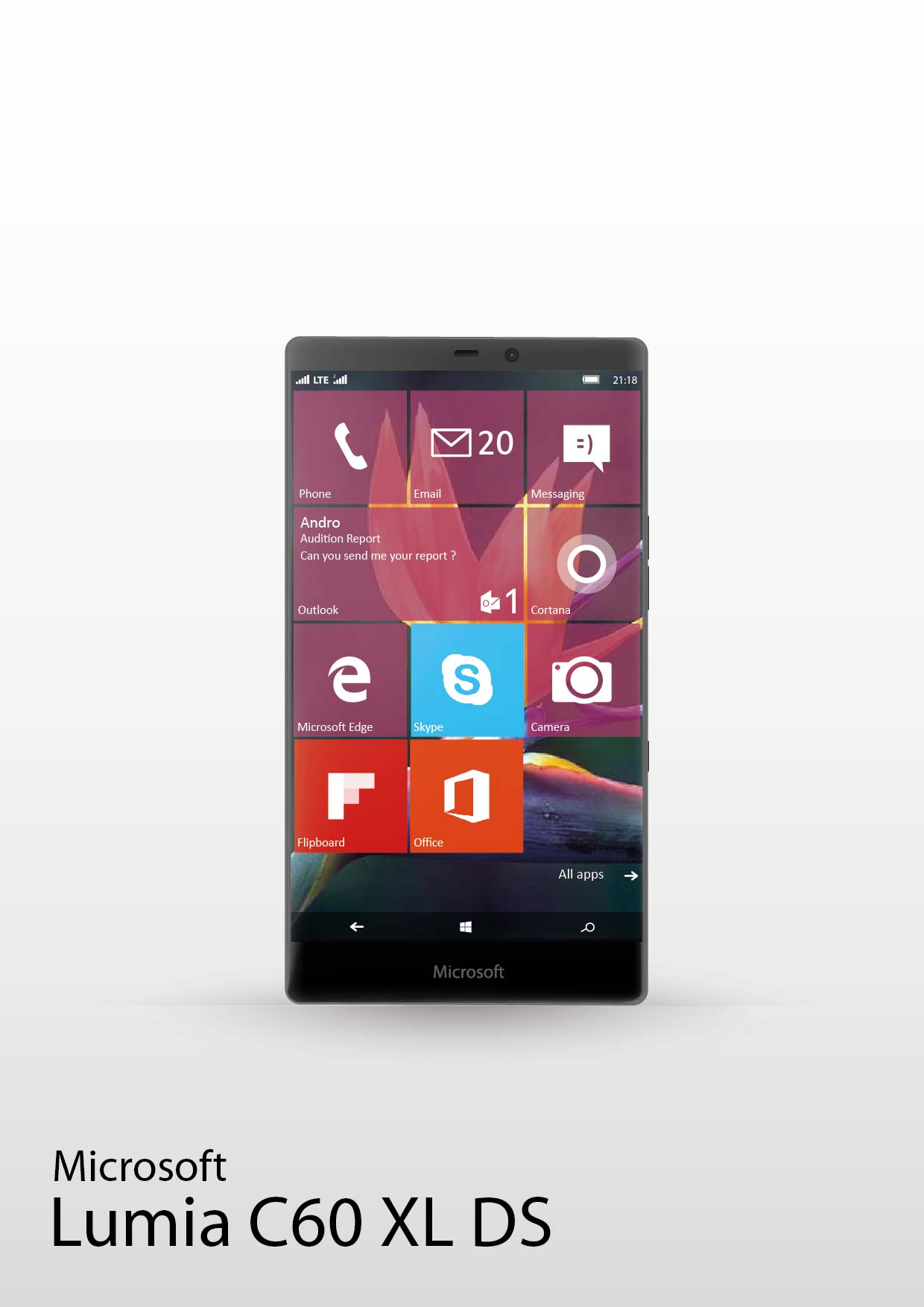 A while ago designer Androdgama JP teased some upcoming Microsoft Lumia devices, codenamed Lumia C90 and Lumia C60 and today these models come to life. They’re basically phablets with high end specs and Windows 10 Mobile on board. You can learn more after the break. 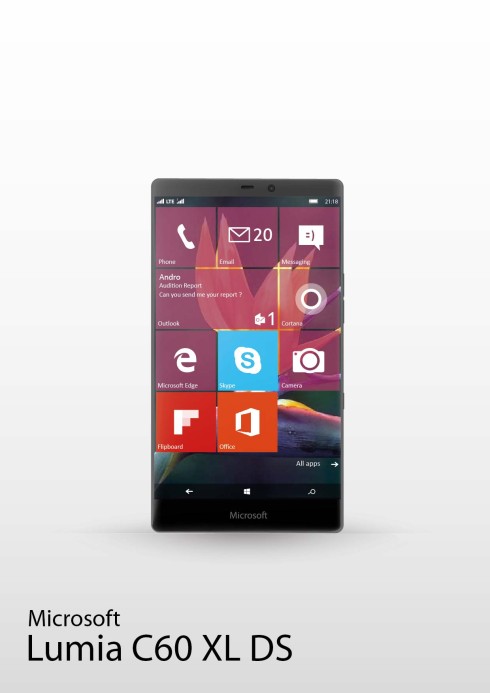 These are unibody models, with a non removable back case, support for wireless charging and Microsoft Continuum. You just need to say “Hi Cortana” when the device is in standby mode or locked and Cortana will respond and be used to get info, get directions and answer directions. Microsoft Lumia C60 XL Dual SIM is a bit atypical for a Lumia, seeing how it’s an edge to edge device with a big rim going around the main case. 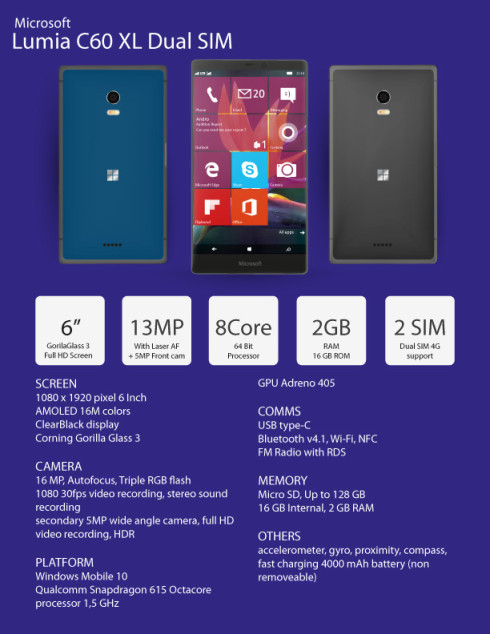 The phablet has a 6 inch Full HD display, a 16 megapixel back camera with laser AF, triple LED flash and a 5 MP front shooter. There’s an octa core processor inside, a 64 bit unit, as well as 2 GB of RAM and 16 GB of storage. Windows Mobile 10 is the OS here and Snapdragon 615 the CPU. USB Type C also made the cut. 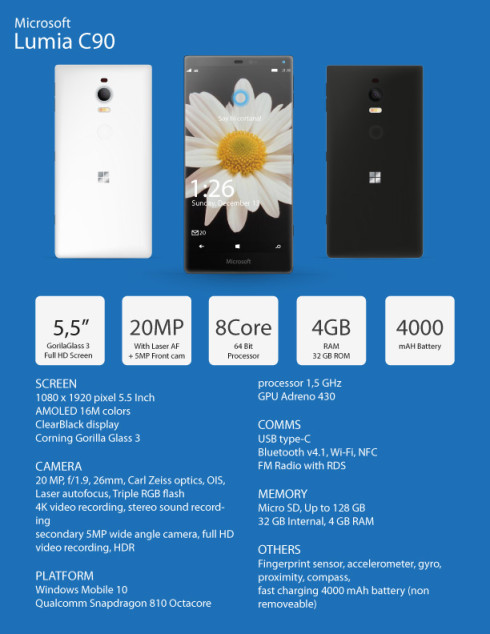 Lumia C90 has a 5.5 inch Full HD screen, a 20 megapixel camera with laser AF and 4K video capture, plus Snapdragon 810 chipset and Windows 10 Mobile. This concept phone also brings a fingerprint scanner, a 4000 mAh battery and fast charging support. The screen panel is an AMOLED one. The design feels like one of Sharp’s phones combined with the old approach of the Huawei Ascend P models. 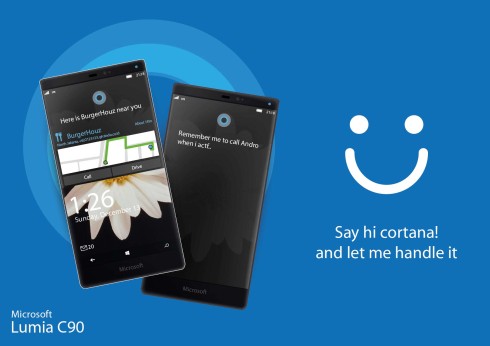 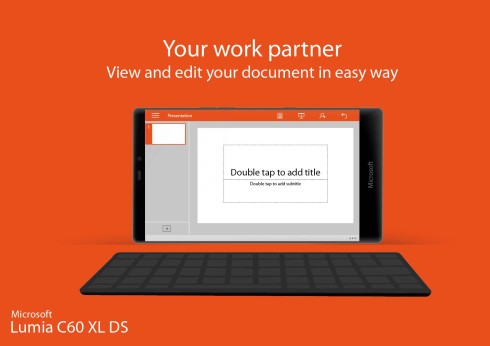 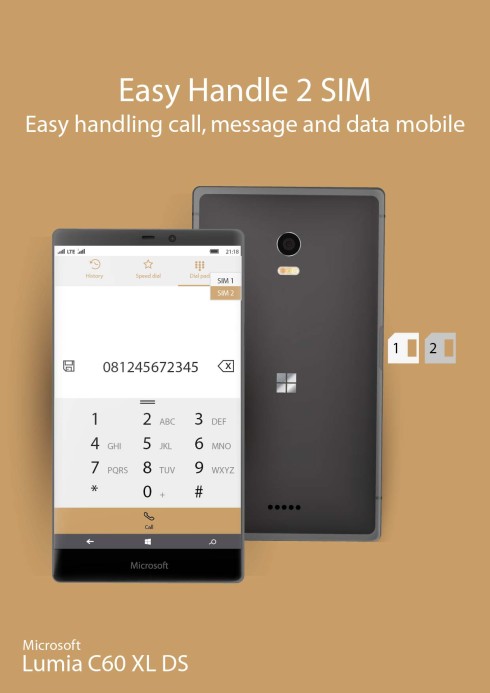 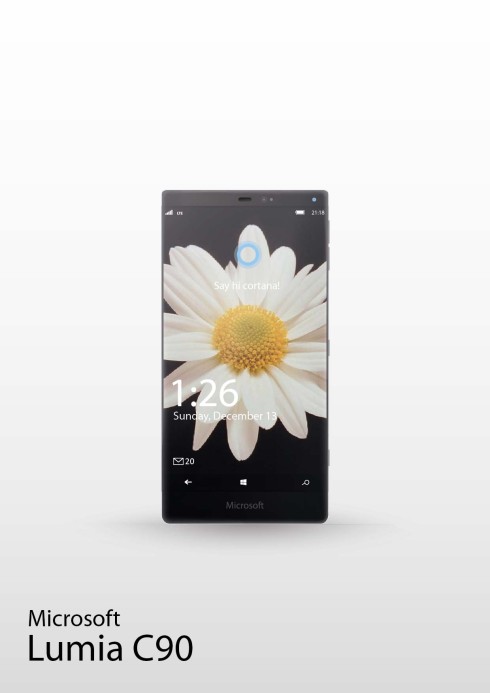 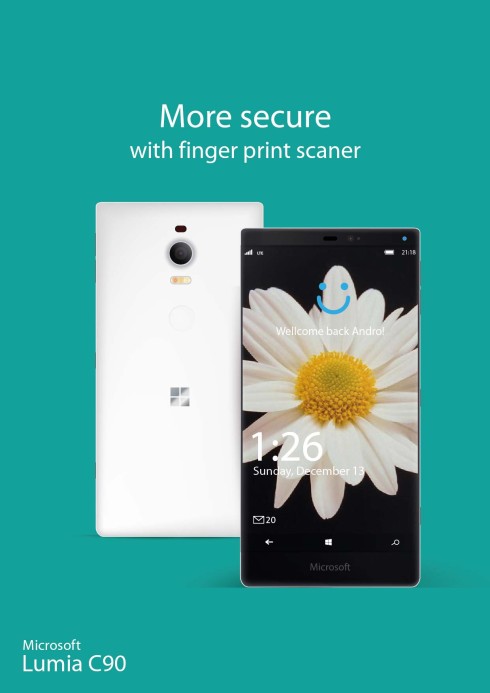