Microsoft has an event scheduled for October 6th and that’s when we’ll meet the new Lumia models. Well today, we managed to come across a Microsoft Lumia concept, rendered by designer Halfingr and looking pretty basic. 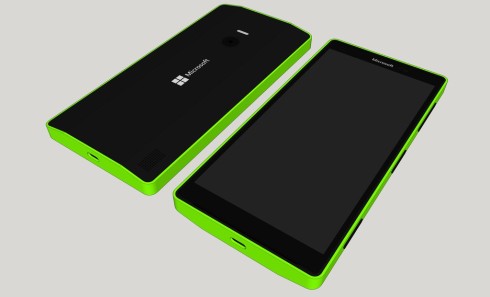 The device has a green colored frame, a bulky allure and would probably within the Lumia 8xx or 7xx series with Windows 10 Mobile. The interesting bit here is the slightly curved body of the handset. According to the designer, this model is “longer than a phone, but not as wide as a phablet”. The purpose of such a long smartphone is video consumption, as well as extra typing space on a vertical, when chatting.

Filming in 2:1 aspect and using virtual game controls are two other advantages. There are speakers at the bottom and top, playing music in stereo. Another interesting trait is that the face glass is receded 1 mm on the top and bottom, making room for the speaker output and helping the screen resist cracking or shattering when dropped on a corner. Sony uses nylon corners for that…

About Kelvin
Passionate about design, especially smartphones, gadgets and tablets. Blogging on this site since 2008 and discovering prototypes and trends before bigshot companies sometimes
Whatever Happened to the Nokia Remade?   Huawei Honor 7 Plus Gets Rendered in 3D Ahead of Launch, Not a Bad Looker (Video)