It’s been a while since I’ve written about the great concepts of Jozef Kocúr, but that doesn’t mean he stopped working on them. It’s true that I’ve been lazy enough not to write about some of his ideas, so sorry Jozef. Well now I have something really juicy for you: the Windows Phone 7 Apollo concept interface. 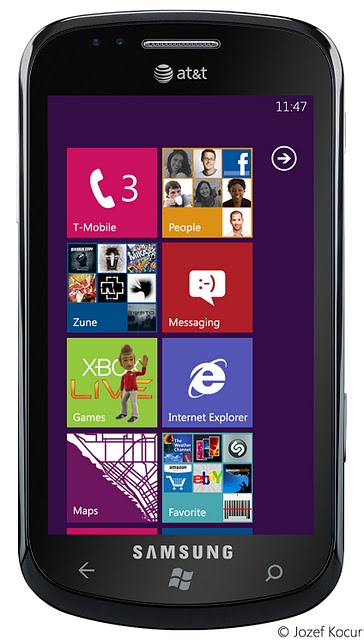 His idea is to mimic the style of Windows 8 on Windows Phone Apollo (the follow-up to Mango), by using colorful tiles. These colors will be generated automatically, or the user can shake the phone in order to change them. The image below is all about multitasking, in a concept called SmartView, that’s also shown in the last screenshot, as a part of Windows 8. 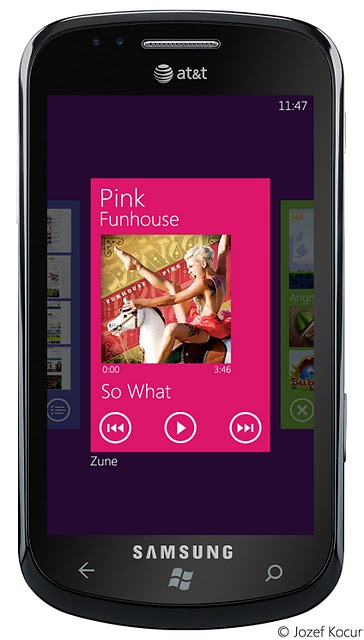 Through SmartView enables multitasking through widgets, as shown in the images here. The multitasking cards show only the content that helps the user work faster. As an example, we have the Zune Card, that would show the music info and buttons. Another example is the Internet Explorer Card with opened tabs and thumbnails that move to a part of the app.

To launch multitasking, you need to swipe in from both edges using 2 fingers, according to Jozef. You can also press the Home button twice with the same effect. 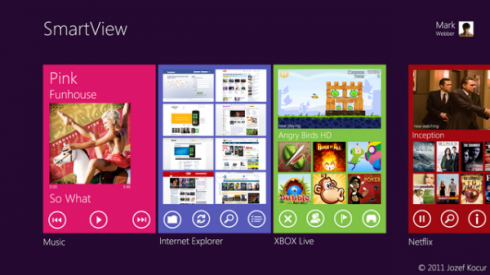