RareNative is the company behind the design of the Zenum Opus phones, so when we heard they made a Windows Phone 7 concept, we thought it was worth more than a glance. The Swiss company imagined the very first WP7 device with a physical keyboard, a numeric one no less. 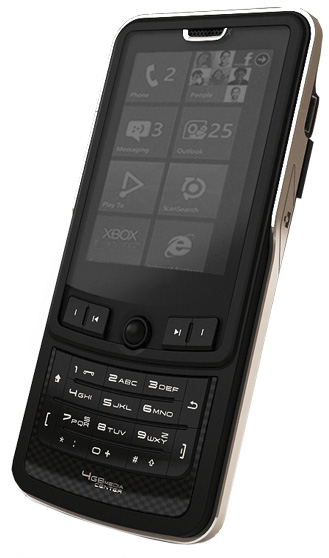 This unit is called simply “Seven” and it’s inspired by the Windows Mobile Standard handsets from the old days. The candybar form factor is pretty old-school and once in standby, the phone will display black and white images. Designer Emidio Do Sacramento sees this is a secondary smartphone, for the weekends maybe.

Its body is made of carbon fiber and the Seven also comes with metal accents (platinum substitute Tantalum). I have to say that this model is pretty cool in a world where touchscreen dominates everything. Would you buy one?