Although nobody is talking about the Motorola Moto X2 just yet, Ramon Rivas was ahead of the pack and imagined the handset in a brand new mockup. The basic lines of the first Moto X are here, maybe with even slimmer bezels. 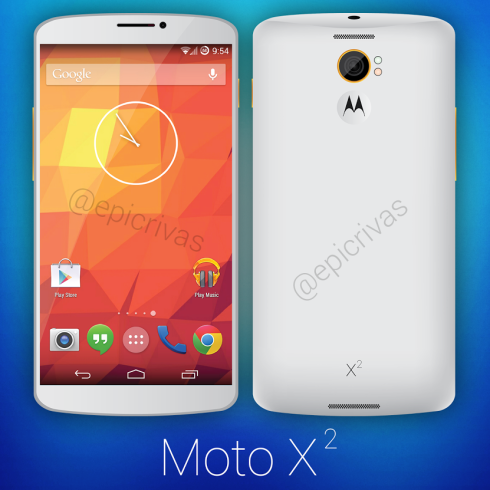 The back camera has a dual LED flash, probably that dual color LED approach that both HTC and Apple have been doing lately. There’s a speaker at the back in the lower are and I have a feeling that the designer could have eliminated the lower rounded part at the front, since that’s rather associated with capacitive buttons.

The same deep Motorola logo is present at the back, below the camera, which by the way has a pretty big lens. I can see that there’s also a speaker at the top, so we have a dual speaker setup here, kind of like BoomSound, but at the back this time. I find it interesting that the camera accent and physical buttons on the side are colored in some sort of beige, while the handset is grey/white.

What do you think of this Motorola Moto X2 concept? What specs would you like on it?

About Kelvin
Passionate about design, especially smartphones, gadgets and tablets. Blogging on this site since 2008 and discovering prototypes and trends before bigshot companies sometimes
5 inch Full HD iPhone Rendered by 91Mobiles   iPhone 6 Rendered by Martin Hajek, Inspired by iPod Nano