A spider web, to be more precise, as it seems that Motorola and Spider-man have collided into a pretty neat gadget. This beautiful device was designed by Jonathan Lucas and published on Coroflot, so we’ve yet to hear an announcement from Motorola regarding the SPDR handset. 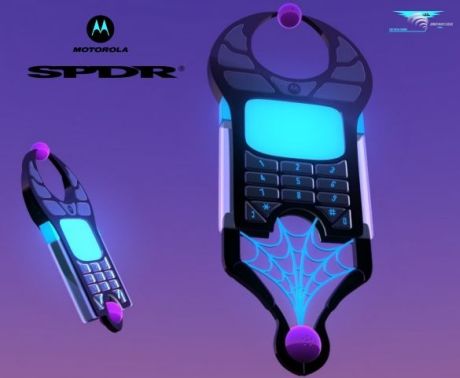 An interesting feature of this concept phone is the fact that it includes a cool microphone which extends down using a spider web-shaped mechanism. Will we see such a device in Spider-man 4, the movie? I guess it’s Motorola’s call, but I don’t think they’re in the mood for such bold initiatives.