After seeing dozens of PSP Phone concepts, we finally stumbled upon a patent of the device, only to be surprised by how much it resembles the original iPhone patent. Sony’s patent application is called “Orientation based multiple mode mechanically vibrated touchscreen display“, which pretty much defines what you can see below. 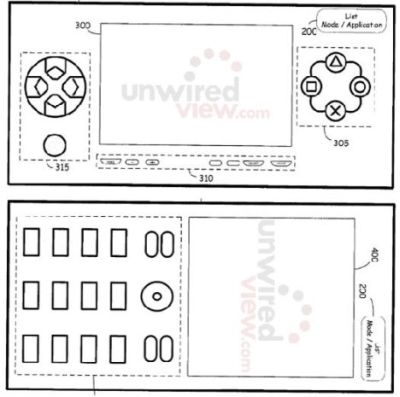 We could be dealing with a special Sony Ericsson handset, featuring a touchscreen display, accelerometer (or some sort of orientation system) and haptics feedback. However, before comparing this device to the iPhone, we should be taking into account the fact that Sony filed this patent application on August 30, 2006, months before the launch of Apple’s device.

Does this look like a plausible PSP Phone to you? For me it spells “Nintendo DS” a bit, but that may be my usual copycat paranoia.