Alcatel launched two smartphones at MWC 2016 that look beautiful and seem to borrow both Galaxy S elements and Xperia elements and blend them into one. Now there’s a model called Alcatel Idol 4 Pro, that leaked courtesy of Evan Blass. 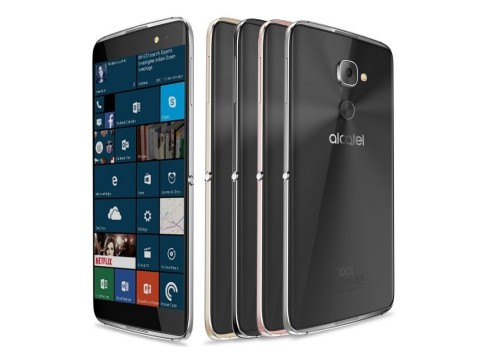 The render shown above seems to portray an even more beautiful phone, with a back that feels like a Galaxy S7 and a Power button that’s typical Xperia material, pre Xperia Z5 at least. Dual front speakers are welcome and we’ve probably got a 2.5D or 3D screen panel. Ido 4 Pro resembles the Idol 4S quite a bit, but the specs are different.

We get a Full HD AMOLED screen, a 3000 mAh battery, a Qualcomm Snapdragon 820 CPU and 4 GB of RAM. The camera is a 21 MP unit at the back and 8 MP shooter upfront. There’s a fingerprint scanner at the back and of course, the OS change is probably the biggest deal here, since we get Windows 10, not Marshmallow.