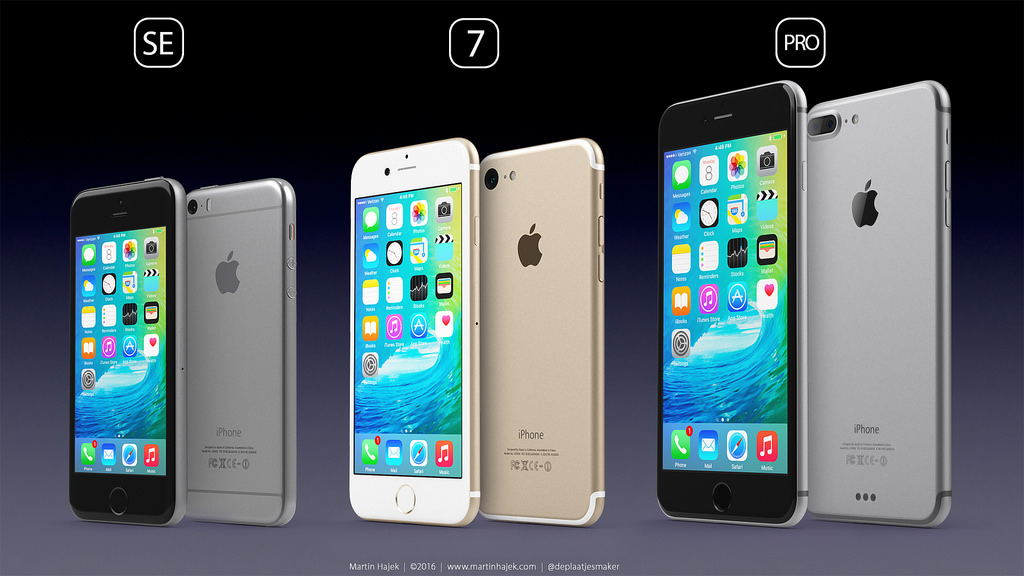 Designer Martin Hajek is at again, rendering Apple devices before they’re released. Today we come across his iPhone 7, iPhone Pro and iPhone SE concepts, pictured below. They keep the general lines from the leaks that appeared over the past weeks. 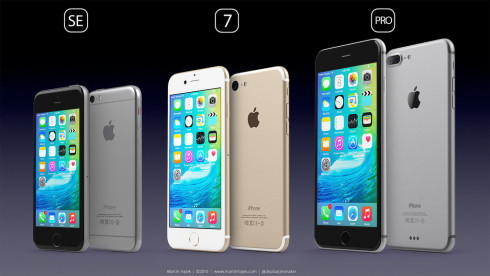 So, we’ve got the iPhone Pro with a larger than usual format and a dual camera that protrudes quite a bit, with the module hidden behind a glass surface. Then there’s the Smart Connector at the bottom of the back and the antennae have been reduce to small plastic cutouts on the sides at the top and bottom. Both this and the iPhone 7 feature dual speakers and no audio jack. 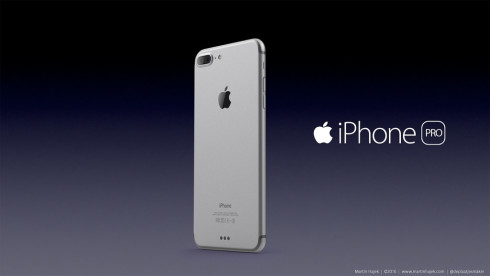 Martin Hajek’s iPhone 7 has the antenna lines at the top and bottom and also continued a bit on the sides. The general format is the same, but the camera seems bigger than before. Meanwhile, the iPhone SE concept looks like a more rounded and toy-like iPhone 5S, that gets to keep its audio jack and has very small antenna cutouts.

Which one of them do you think we’ll see becoming reality? 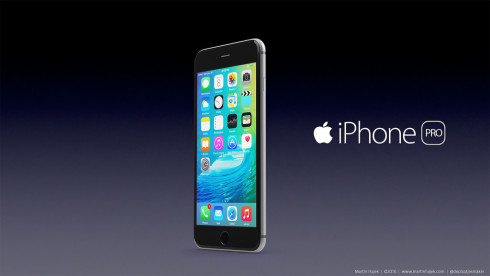 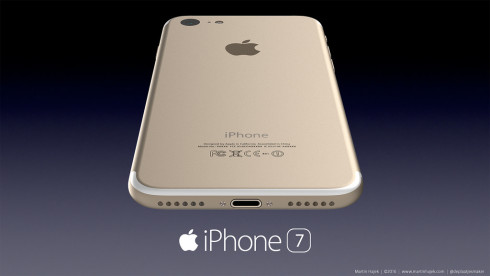 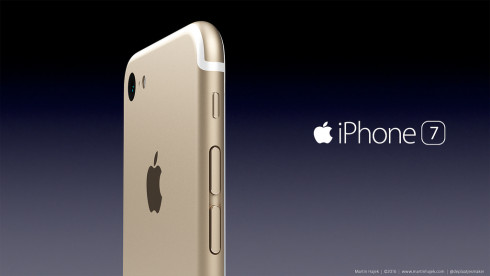 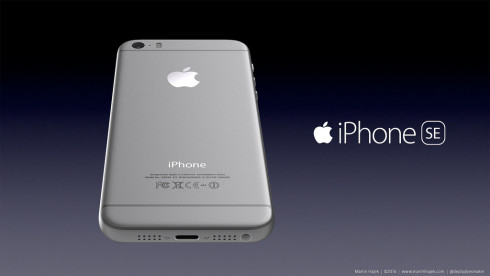 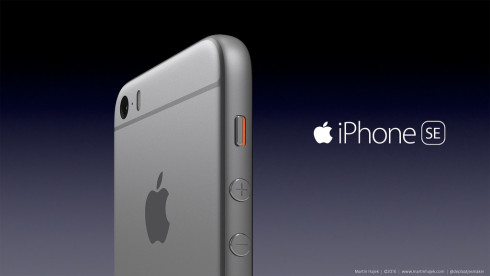 About Kelvin
Passionate about design, especially smartphones, gadgets and tablets. Blogging on this site since 2008 and discovering prototypes and trends before bigshot companies sometimes
Alcatel Idol 4 Pro Smartphone Gets Rendered, Looks Beautiful   Flex Smartwatch is Designed to Wrap Around the Wrist, Features a Camera With 10x Optical Zoom