You know it’s a slow news day at Concept Phones, when leaked smartphones become news in lieu of concepts and renders. With the Nexus phones launches, iPhones launched, as well as Galaxy Note model, what’s left to wait for this year? Maybe the Huawei Mate 8, that sounds promising and received a leaked hands on photo today and launch date. 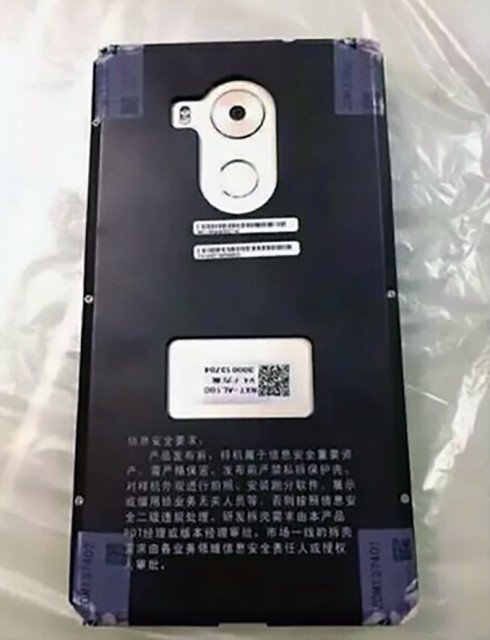 It would appear that this model will be coming on November 26th, meant as some sort of derived version from the Huawei Mate S. It packs a very interesting camera area, that seems to include a glossy lens or metal ring of sorts, below which there’s the fingerprint scanner. This will be a massive phablet, with a diagonal of 5.5 to 6 inches and most likely with 3D Touch support, just like the high end version of the Mate S.

3 or 4 GB of RAM are expected and the core of this debut is the HiSilicon Kirin 950 processor, that will debut together with this smartphone. The device will also have a 20 megapixel back shooter, 32 or 64 GB of storage and an 8 MP front camera. The Mate S was a very solid phone. Can this one surpass its quality?