Lenovo BlackBerry Phone May Happen in the Future

Recent rumors about Lenovo’s interest in buying RIM made us all think about a possible Lenovo smartphone with BlackBerry features. Lenovo is the second largest PC maker in the world and they recently got into the whole smartphone and tablet biz, although on the tablet side they haven’t been that successful. 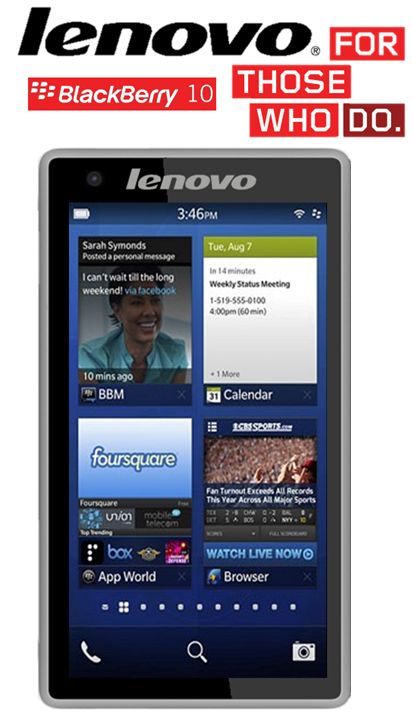 Joe Hooper emailed us a concept of a Lenovo BlackBerry phone, a hybrid between the two companies’ best technologies. I guess that RIM could contribute the services infrastructure and corporate features, while Lenovo has the ability to make the hardware of the device more high end. I’m not a big fan of Lenovo’s UI customizations on Android, but I think that the formats they’re exploring on Windows 8 (Yoga tablet) are interesting, so they may put that to good use on a future dual display BlackBerry (just dreaming).

The model here seems to run BB 10 OS, that will be launched on January 30th and it comes with those live multitasking tiles and a dock area for the search, phone and camera features. The design of the handset is kind of bland and doesn’t say much, but we’ll see how this plays out…

About Thrystan
Sony Xperia N Concept Adds an Extra Layer of Coolness Around the Phone   Yanko Andreev Presents: The Surface Phone Concept of 2013