Meizu has a bunch of very cute phones and now they’re preparing for a new device release, the Meizu MX3, that’s expected at some point in 2014. Of course, concepts of the device have appeared and they’re shown below. Meizu has the habit of updating handsets at the end of the year, so that’s when we’ll find out how realistic the concepts are. 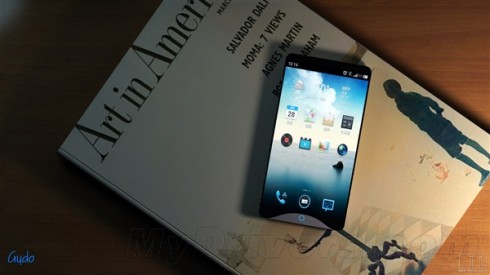 Rumors say that Meizu plans to introduce a larger phone with a very narrow bezel, edge to edge display and it could even feature a Samsung Exynos 5 Octa 8 core processor. A 5.1 inch Full HD screen should also be present, according to rumors, plus a 13 megapixel camera obviously, since that’s a modern hardware feature nowadays. The home button is quite similar to the one of the MX2 and the Meizu smart bar on screen navigation will also be present.

Meizu MX3 does look kind of bulky and I’m sure that its maker wants to make a very thin smartphone, since it’s famous for that. The front side reminds me of a Huawei tablet for some reason, while the plastic back makes me think of the new wave of TCL Alcatel phones.