SMS vs. MMS Text Messaging: How Are They Different? 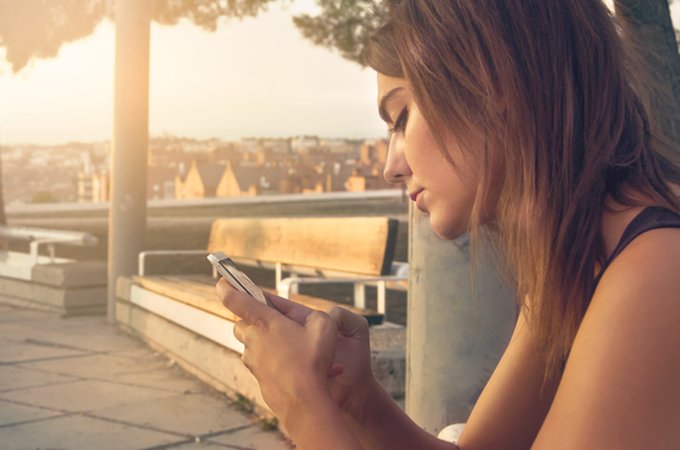 Text messages have been around for a long time now. They’ve become so much a part of our culture that it can be hard to remember what life was like before them. But in the early days, text messages were very different from what they are today. In fact, their two most popular types – SMS and MMS – are very different from one another in many ways. In this article, we’ll explore how these two types of text messages differ from one another and which you should use when to get the best results.

1. What are SMS and MMS messages

As with most forms of communication, there are two main types of text messages that you can send – SMS and MMS. SMS text messages are sent to other phones only, while MMS messages can also be sent to computers, which this article by Messente further explores. This is large because most computers have a working internet connection so they can receive pictures, videos, or audio recordings. SMS is able to send only short text messages, but MMS can send longer ones that may include media files like pictures, videos, or audio recordings. Finally, an SMS message will only work if the person you are sending it to has the same phone carrier as you, but MMS messages can work across multiple carriers.

2. Differences between SMS and MMS messages

SMS is an acronym for Short Message Service. It is a type of text messaging that is the most widely-used type of text messaging. SMS messages are sent only to other phones and can be up to 160 characters long. MMS, on the other hand, stands for Multimedia Messaging Service. It allows you to send text messages that include media files like videos or audio recordings along with your message. If you want to send an MMS message, it has to be sent through your phone carrier so it can be compatible with other carriers.

The key difference between SMS and MMS text messages is the fact that SMS messages are able to only be sent to other phones while MMS can also go to computers or laptops. SMS messages are limited to 160 characters while MMS is able to transmit longer text messages complete with multimedia files. Another difference between them is that both carriers have to be compatible in order for the MMS message to work properly so it’s not possible to cross-network your MMS messages.

3. How to use them for best results

The best way to get the most out of SMS and MMS messages is to use them for what they’re best suited for. If you want to send a picture, video, or audio file, then MMS should be your choice. SMS text messages should be used for texts over 160 characters if you want to send them to other phones only.

4. How they have changed over time

While text messaging has been around for a long time, SMS and MMS have actually undergone a lot of changes over the years. The first SMS was sent from one computer to another in 1992 on a Swedish network, but MMS didn’t come into use until ten years later. Today’s MMS messages are vastly different from those that first came onto the scene with earlier versions of digital technology. For one, today’s MMS messages can include video footage and audio recordings as well as text.

Secondly, earlier MMS messages were only compatible with other carriers while today’s MMS can work across various networks. Finally, the earliest version of an MMS message would take up to six hours to send and receive while current versions take only a few seconds. The same holds true for SMS text messaging which has gone through almost yearly changes since it came into being.

5. Why Text Messages Are Popular

Text messages are so popular for a few reasons. For example, if an event is happening or you have less than 160 characters worth of information to send, then a text message is going to be good enough. The good news is that SMS messaging isn’t only limited to 160 characters anymore which gives more room for nuanced conversations and debates.

Another reason why text messages are so popular is that it’s fast and convenient. It takes at most five seconds from when you tap out your message until you get that little notification that the person has received it which means instant gratification from sending your response at any time of day without having to wait on someone else’s schedule. Texting also avoids awkward silences during an in-person conversation, meaning texting makes it easier to converse with someone during an outing or party.

6. How apps like Viber and WhatsApp affected SMS and MMS

Some of the most popular and effective messaging apps include Viber and WhatsApp. These apps have been taking the place of SMS and MMS messages because they not only send messages through a network but also let you connect with anyone who has or ever will have a smartphone. In fact, WhatsApp reported that it had over one billion active users in 2015 alone. Both of these apps use a type of text message known as SMS. These two apps are able to do more than just send text messages which means that they’re not limited to sending texts or multimedia messages.

Many people use Viber and WhatsApp because they offer many more features than SMS and MMS messages. For one, Viber and WhatsApp can do more than just text or multimedia messaging, they also allow you to share your location with others on the app which is a feature that neither of those other message types has to offer. They’re also able to connect you with a friend who doesn’t have to use the same app as you do. This means that if they use Viber while you use WhatsApp then your friend can see your messages on either app, not just the one you used to speak with them. Another advantage of these messaging apps is that they have a record of all your conversations so even if you delete some texts for whatever reason, it’s unlikely that you’ll lose all of them.

There are many more reasons why people prefer to use textual messaging over other services, but these are some of the main advantages that seem to draw people in. People might hesitate when it comes to completely switch over from one type of messaging service to another, however, more and more apps are starting to include features that used to be limited to cellular networks. For example, Viber and WhatsApp allow you to send messages to others without them necessarily having the same app as well. As technology continues to progress, it’s likely that more messaging apps will include these features in order to compete with one another.

About Kelvin
Passionate about design, especially smartphones, gadgets and tablets. Blogging on this site since 2008 and discovering prototypes and trends before bigshot companies sometimes
Creating The Perfect Playlist: Helpful Tips And Hacks   10 Well-known Baby Girl Names That Start With Z