Tesla Cyberphone is Back; Mixed Feelings About the Camera Area… 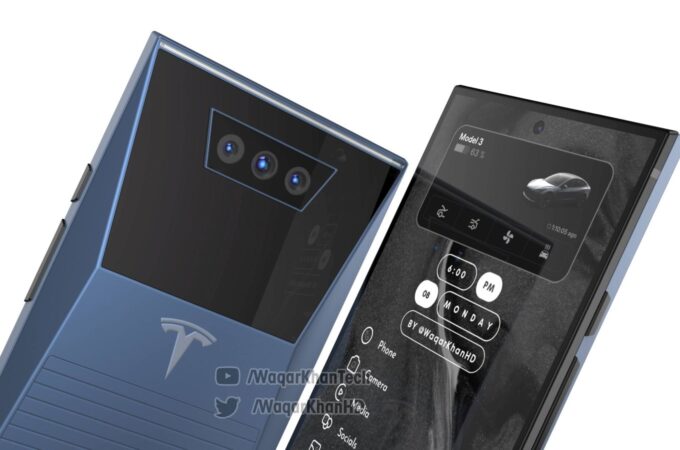 At some point over the past month, Elon Musk threatened to make his own phone, if Apple and Google were about to remove Twitter from their app stores. Designers have taken that as a promise and envisioned their own version of the Tesla Cyberphone. Such a piece comes from designer Waqar Khan, as shown below.

First let’s get the unpleasantness out of the way… the camera area is kind of an eyesore. It would have been OK 4-5 years ago, but now the trends have changed. Believe it or not, the Xiaomi 13 Pro camera actually looks nice. The iPhone 14 Pro camera? Not so much… Anyway, is it just me or do the lines of the back side resemble the ones of a crustacean?

The screen has narrow bezels and the angle of the back actually reminds me of the Windows Phone devices made by HTC. Back then they would usually experiment a lot with angularity. HTC Touch Diamond was also pretty close to this design, by the way. Shown in green, red, blue, gray, the device is pretty bulky, but in the end it carries enough resemblance to the Tesla Cybertruck to get a few tens of thousands of units sold.

Also, since there’s a lot of empty space at the back, around the camera and it’s glossy, why not make it a second screen? By the way the inspiration comes from here.

About Kelvin
Passionate about design, especially smartphones, gadgets and tablets. Blogging on this site since 2008 and discovering prototypes and trends before bigshot companies sometimes
Ways to Avoid Installing Sketchy Apps   How To Bypass Verify Pin After Factory Reset 2023?