We don’t know much about the golden concept phone you see in the picture below, except for the fact that it was designed by David Kucharsky and that it shows the most famous football referee in the world – Pierluigi Collina on its display.

In this case, the Nokia branded device must have some connection with the upcoming European Football Championship, including related content and maybe the competition’s logo. 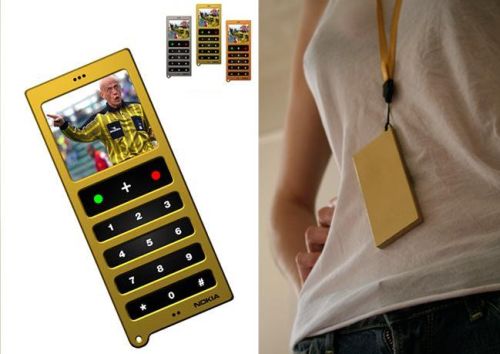 Also, this concept phone seems rugged enough to last throughout the entire championship, even in the hands of the most passionate fans, who’ll throw it in the air or try to “squeeze” it when their team receives a goal. The handset comes in silver, gold and bronze, as most sports medals do, so maybe the device celebrates the Beijing Olympics, too.