The nightmare for Nokia fans would be losing the Nokia brand in favour of Microsoft Lumia. It’s very likely that at some point in the future we’ll see Lumia phones without the Finnish brand we all knew over the past decades… Designer Edgar Mkrtchyan imagined a concept phone inspired by this sad future.

The newcomer is dubbed Lumia 1820 and it comes with the Back and Search buttons removed. In order to return you must slide your finger from the left edge to the right, just like in Windows 8. There’s also a Music app with a brand new design and the Nokia logo is nowhere to be found. Lumia 1820 will be available in 64 GB or 128 GB versions and its design is pretty blocky and in line with that people imagine a Surface Phone would look like. 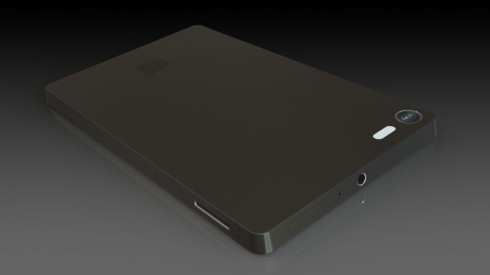 The first thing that comes to mind is a hybrid between the Surface tablet and the Nokia X: that’s the best definition for the Lumia 1820 concept. This smartphone runs Windows Phone 9, that mixes up Windows 8.1 and Windows Phone 8.1 into a single experience. Inside it has an Nvidia Tegra K1 processor, clocked at 2.5 GHz, 3 GB of RAM and upfront there’s a 5.2 inch display with 2K resolution.

At the back there’s a 20.7 megapixel Pureview camera with 2K recording and OIS. We’ve got 2 big speakers on each side, Dolby Digital tech, a fingerprint scanner and a 4200 mAh battery, as well as USB 3.0 OTG. A sad, sad concept, but pretty probable… 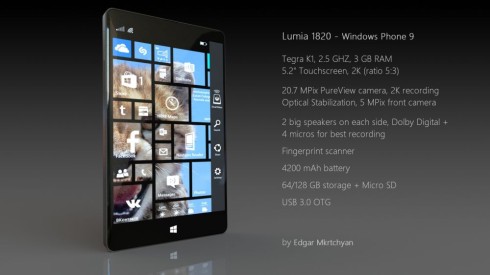 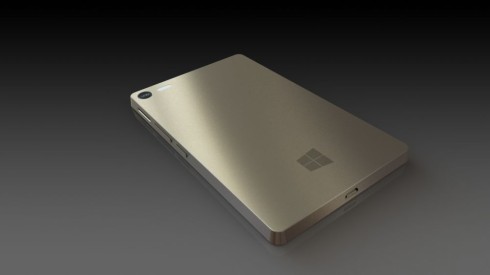 About Kelvin
Passionate about design, especially smartphones, gadgets and tablets. Blogging on this site since 2008 and discovering prototypes and trends before bigshot companies sometimes
New Concept Watch: IWC Schaffhausen is a New Classy Smartwatch   Samsung Galaxy Note 5 Shows Up in Concept Phase, With 4K Display