Here we are with another Microsoft Lumia concept, one that doesn’t have a name, but what it does have is a massive metal frame. As you know, Microsoft didn’t launch any flagship at MWC 2015, so we’re certainly due a release of this kind. 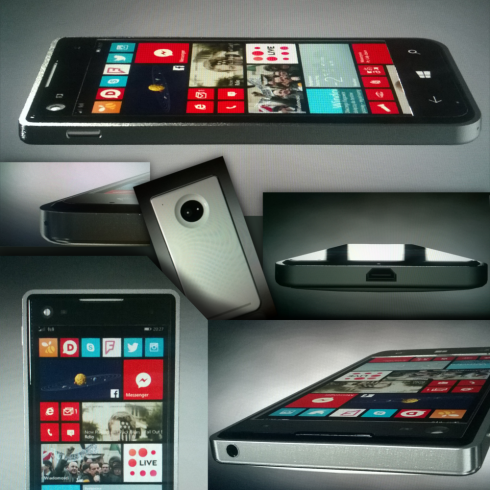 This model shown here may be a concept of such a device and it was created by Deviantart user daqwid2727. This is supposed to be more of a collection of ideas, rather than a finalized design, by the way. I see that the camera at the back is quite big and the texture of the handset is very interesting. The front side keeps the same vibe as the one of the Lumia 925, but the bezels are pretty big for 2015.

Judging by the size of the back camera, it’s certainly Pureview material and if you ask me, the designer went a bit overboard with the size of the microUSB port. The ClearBlack screen, that’s slightly rounded over that metal frame may be a 5 incher or more, plus it may offer a Full HD or Quad HD resolution. These are all speculations, obviously… Too bad the design is rather blurry.

About Kelvin
Passionate about design, especially smartphones, gadgets and tablets. Blogging on this site since 2008 and discovering prototypes and trends before bigshot companies sometimes
Apple iSaber is the Star Wars VII Weapon, if Jony Ive Designed It   Commodore 64 Smartphone Concept Take Us Back to Gaming Roots