Created by Bartlomiej Tarnowski, the brand new Microsoft Lumia Spruce concept phone wants to be more and better than the Lumia 930 and potentially even the Lumia 1030. It comes with a small-ish 5 inch screen (by current standards), but the 4K resolution is truly impressive. 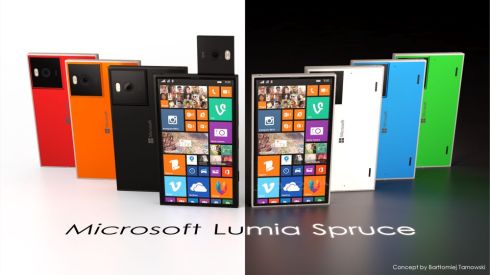 This model runs Windows 8.1 according to the designer, but Windows 10 is more close to reality right now. It also comes with a Snapdragon 810, which is a bit too much for a Windows Phone, so a Snapdragon 805 would suffice. The handset comes with a microSD card slot, with support for up to 128 GB and there’s also a Li-Ion 3220 mAh battery inside. The selling point of the device is its 20 megapixel camera with Carl Zeiss optics, that you can use as both the front and back camera. 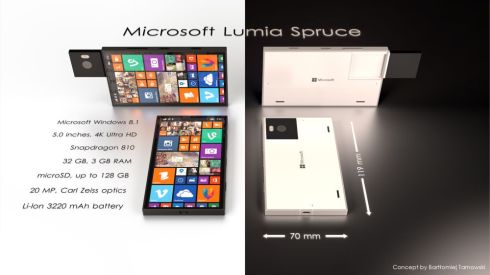 The camera has a nice pull out mechanism, that makes it easy to flip and be turned into a selfie cam. There’s also 32 GB of storage on board, 3 GB of RAM and I have to say that the highlighted square associated to the camera makes me think of modularity. Maybe attach future bigger Pureview cams to this Lumia concept? Nice take on the Fabula Design by the way. 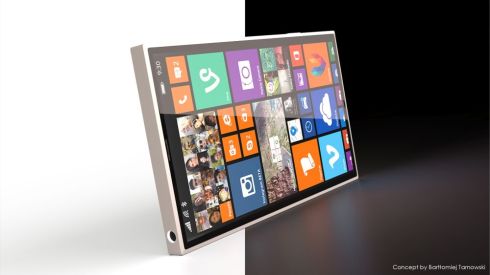 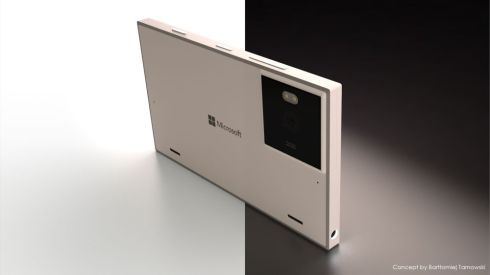 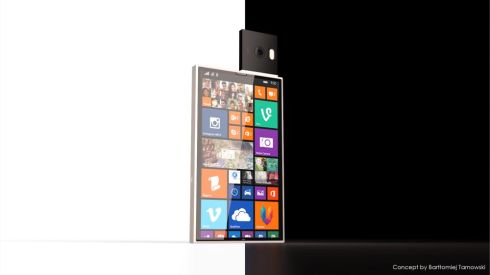 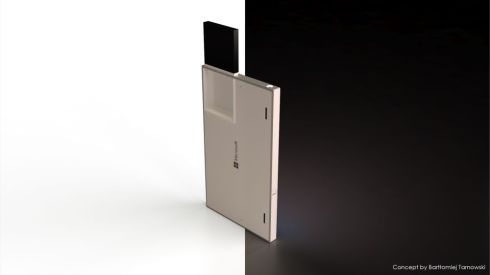 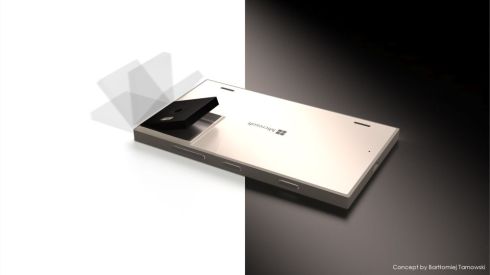 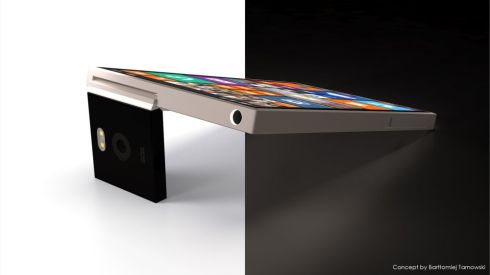 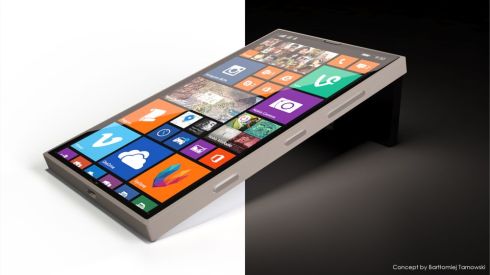