As you probably know, there are two Nokias out there: the one that Microsoft bought (with its brand dissolved) and the Finnish series of branches, that recently got into hardware by launching the Nokia N1 tablet. Inspired by that device, Deviantart member mrtomone has created a phone concept called Nokia C1. 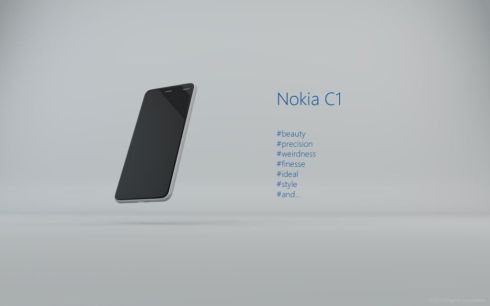 The handset is basically a more compact version of the N1, with a metallic body and some of its specs. This one is a 5 inch phone with a Full HD resolution, Android 5.0 Lollipop with Z Launcher in the mix and an Intel Atom quad core CPU inside. There’s 2 GB of RAM here, 32 GB of storage, an 8 megapixel back camera and a front 5 MP shooter. Stereo speakers are also here and we should also get a generous battery.

The Nokia N1 has been called an iPad Mini clone, so I suspect the Nokia C1 may be a bit of an iPhone clone. I expect a reversible USB port on board, just like the Nokia N1’s, plus a fully laminated screen, once again like the N1. This model should be pretty slim and Nokia’d better be careful not to upset mighty Apple with any resemblance to their products…