Nokia 808 Pureview is a device that’s supposed to be the next big cameraphone, the successor to the Nokia N8 handset. This phone will be shown at Mobile World Congress 2012 and for now we have a mockup of the smartphone, rendered by artist Brian. As you can see, the design sticks to the classic Nokia styling from 2-3 years ago. 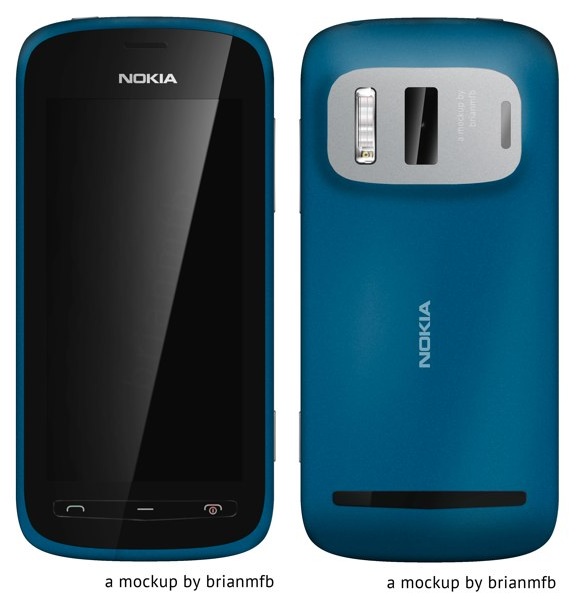 This render is based on a leak of a user manual for the Nokia 808, that was published on the web awhile ago. We’re expecting here a huge camera sensor, maybe a 16 megapixel unit and either a Xenon or dual LED flash. Carl Zeiss technology is a must and this model is supposed to run Symbian or as it’s called now Nokia Belle or maybe even Nokia Carla. Well, I guess that if the phone is thin overall no one will mind its bulky camera sensor, right?

After all Samsung and Motorola have been pulling the same trick with the Galaxy S II and Droid RAZR, keeping the handsets slim up to the camera sensor, where they get thicker. Would you buy this Nokia 808 Pureview cameraphone considering the fame of its predecessor? We’ll see the real deal at MWC 2012 at the end of the month…

About Thrystan
MacPad Pro Concept, a Hybrid Between the MacBook Pro and the iPad   Motorola Android 4.0 Smartphone Powered by Intel CPU Gets Rendered