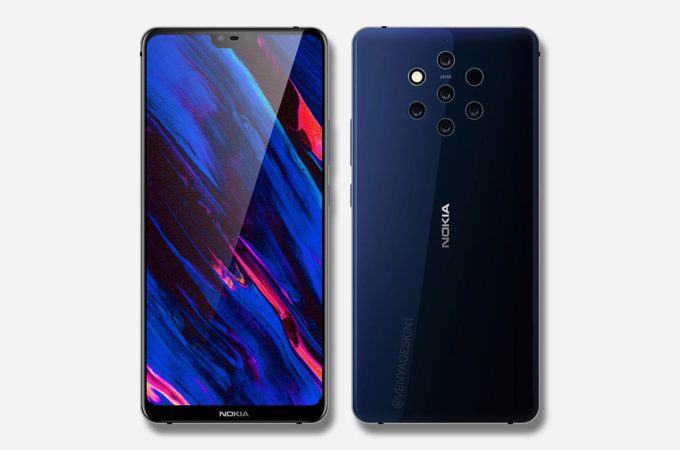 I don’t know if you’ve noticed, but over the past days, the penta lens Nokia camera phone has been back. It’s complete with 5 cameras again and while the hands on shots were pretty interesting, we were lacking a render till now. Ben Geskin is on the case, having created the render below.

Meet the Nokia 9 (2018), a new 5 camera flagship, that may trigger some Trypophobia. It feels like a spider’s head, with all those eyes at the back, but seeing what Light L16 has been doing, I can live with that. The device looks stylish as hell, at least according to Ben Geskin. It’s still not very clear if each of the cameras is independent, or if it’s just like a revolver. 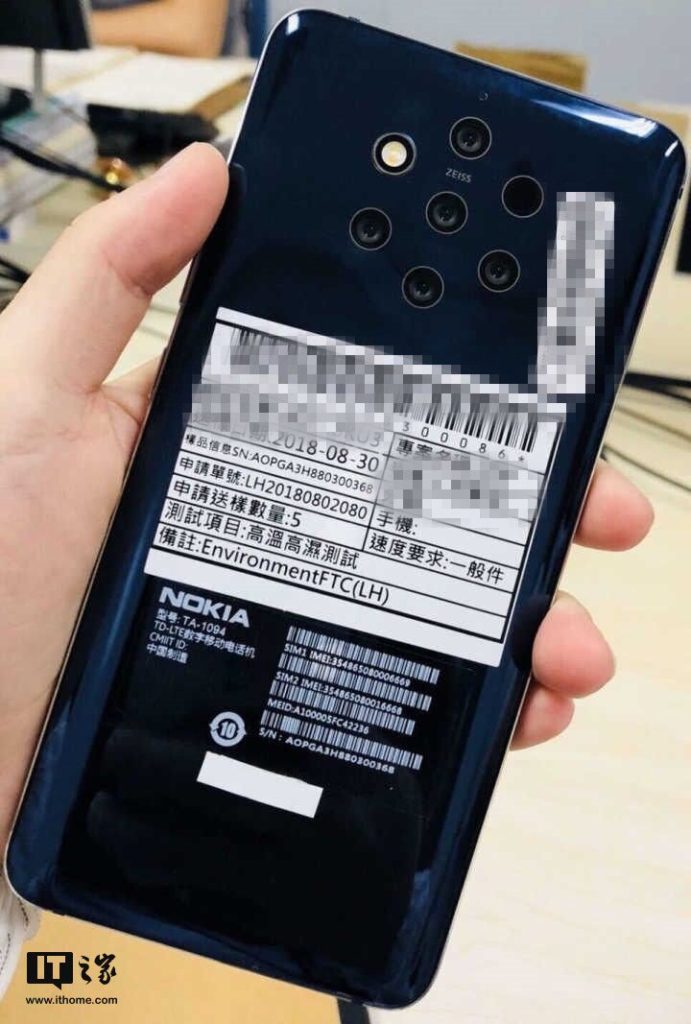 Meaning that it could have a camera or two, rotating in front of a series of lenses. That would make the device very thick, beefy, huge even. On the other hand so many back cameras would make it hard to actually use all of them often enough. Some would go unused for days, months even. I see there’s also an extra hole, probably for depth sensing. Also, the rotating part could be prone to breakage after many, many uses.

I like one of the suggestions that Ben Geskin got on Twitter: get a glass circle to highlight all the cameras and integrate them together, maybe even cover them. I’m down with that.

About Kelvin
Passionate about design, especially smartphones, gadgets and tablets. Blogging on this site since 2008 and discovering prototypes and trends before bigshot companies sometimes
LG Octane Arrives Clad in Metal, No Notch, Courtesy of Mladen Milic   Apple iPad Pro 12.9 (2018) Gets Rendered in 3D Ahead of September 12 Launch (Video)