Next week will be all about Nokia World 2011 and the Nokia 800 (Sea Ray), Sabre and Ace models, but till then let’s have a look at a fresh concept from Shihuzaan. Dubbed Nokia 903 or simply Precious, this is a Windows Phone device, that’s pictured below. 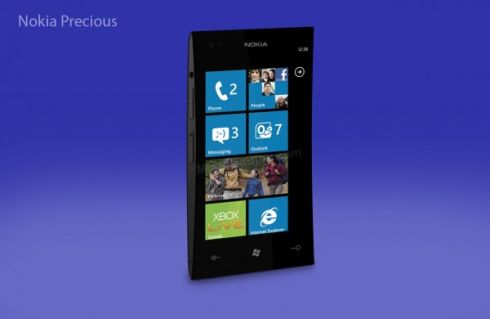 To me this looks like a combo between a WP7 Samsung and a HTC with a design that’s more curved than usual. Nokia 903 features an 8 megapixel Carl Zeiss camera, a 1.4GHz processor and 16/64GB of internal memory plus NFC. These specs look pretty much like the ones of the Nokia 800, so it’s not at all a Nokia concept that’s far from reality.

Some compare it to the Sony Ericsson Satio, but to me it’s simply too wide for my liking. What’s your take on this model and its design? Would like to see something like this featured at Nokia World?