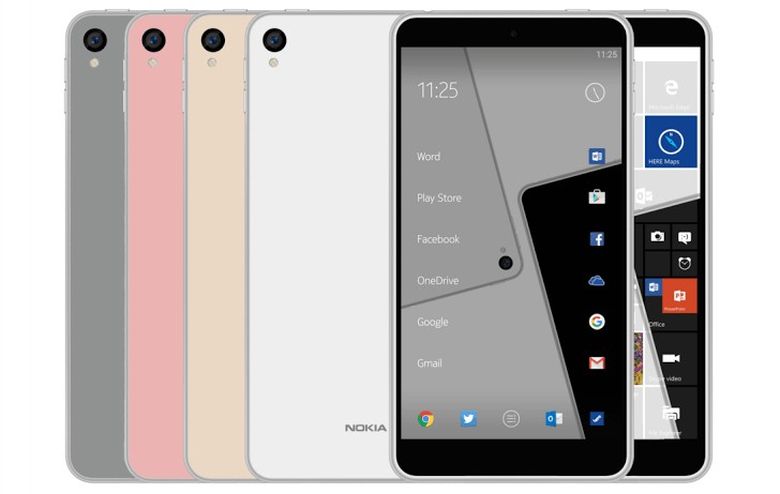 Nokia C1 is a bit of a mythical creature, a smartphone inspired by the Nokia N1 tablet and made by Finnish Nokia, not the piece that dissolved into Microsoft. We’re shown this device here and now it’s back to probably trouble us some more with a fake render. 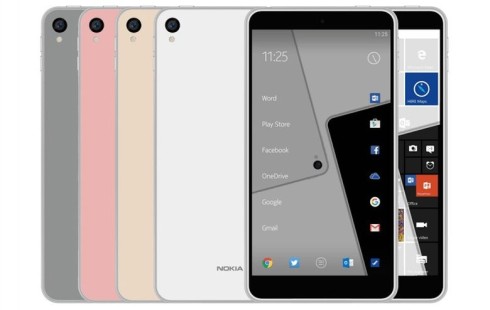 What’s different? For starters, we’ve got two versions of the Nokia C1, one with Android and one with Windows 10. Seeing how Windows Phone basically lead to Nokia’s downfall (well, Symbian did that more), I doubt they’ll be too eager to put Windows 10 Mobile on a Nokia next gen handset. Lately more rumors have placed Meizu in cahoots with Nokia, so I’d rather see them making their hardware.

Part iPhone 5C, part Nokia N1 smaller version, this model clearly takes some chances by placing its camera in the corner. Instant accusations of copying the iPhone may appear. I’m guessing Nokia isn’t going to opt for Intel to power this baby…

About Kelvin
Passionate about design, especially smartphones, gadgets and tablets. Blogging on this site since 2008 and discovering prototypes and trends before bigshot companies sometimes
Phonify Concept Phone is a Spotify-Based Handset   Huawei Mate 8 Render Leaked Ahead of Tomorrow’s Debut