Bob Freking is back with a fresh design, the one of the Nokia Clarity handset, the first Windows Phone 8 concept since the announcement of the OS this week. The phone combines Metro UI with the latest OS features and a PureView camera. As you can see, we those smaller tiles included in the Metro UI, plus a clearer interface and apparently some way to make the UI transparent. 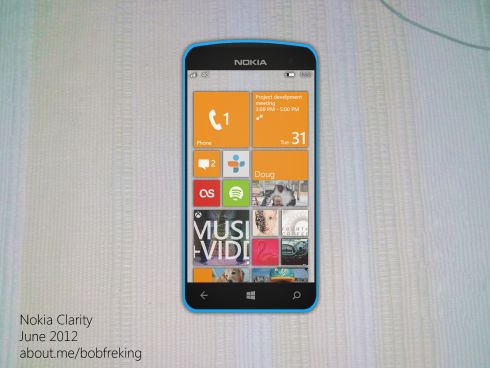 The phone is a pretty long and wide one, so I wouldn’t be surprised if it were a 4.7 inch unit. It’s also pretty rounded at the corners and I guess that its screen is a 720p unit. Inside there should be a dual core Qualcomm CPU, unless it’s a quad core, for that extra processing power needs of the PureView camera. Nokia Clarity also supports LTE connectivity, has a 20+ megapixel camera with PureView tech, 64GB of storage, a 2MP front camera, NFC and a 2500 mAh battery.

These are all my speculations that follow the design of Bob Freking, so feel free to take them as a figment of my imagination. I think that this design is pretty good since it manages to deliver a rectangular phone with great width, rounded corners, crisp display and PureView camera, plus WP8 on board. How much would you pay for it? 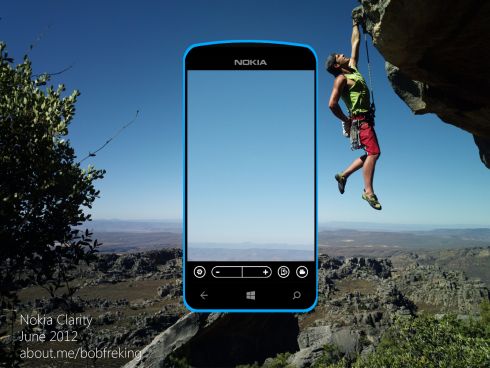 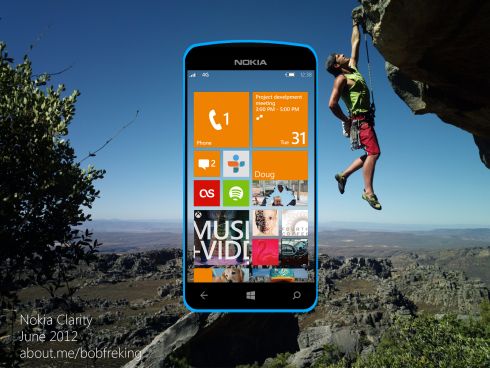 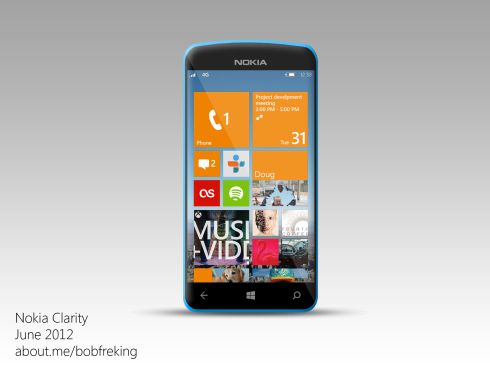 About Thrystan
If Apple Made the Facebook Phone… a Eduard Zhikharev Concept   HTC One Note, the 1080p Screen Phablet to Rival the Galaxy Note II