Nokia Embrace may not be the pinnacle of modern design, but it’s certainly an interesting concept phone, with high end specs. The device was created by Alyssa O’Neill from Ireland and it features a 41 megapixel Pureview “ultra camera”. 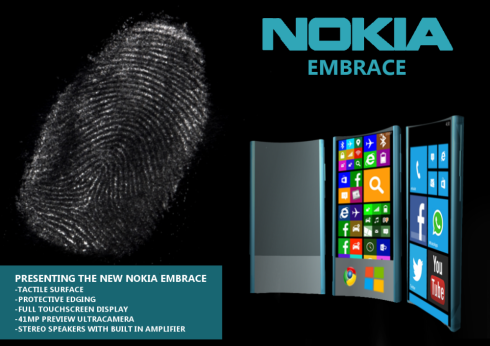 This model has a special tactile surface and judging by the images we’ve got here, it focuses a lot on fingerprinting the user, probably with the portion below the display. This model also features stereo speakers and a built in amplifier, plus a very crowded Windows Phone UI. The handset is curved, in some of its sketch iterations, but you shouldn’t take those for granted, since it’s a concept after all.

Among the materials used for the phone there’s sapphire glass, aluminum, plastic and a hyperglaze layer. The curved phone doesn’t adopt the LG G Flex approach, but rather the Samsung Galaxy Round one. This model has LED notifications build into the touchscreen and also offers the Glance feature in an evolved version. 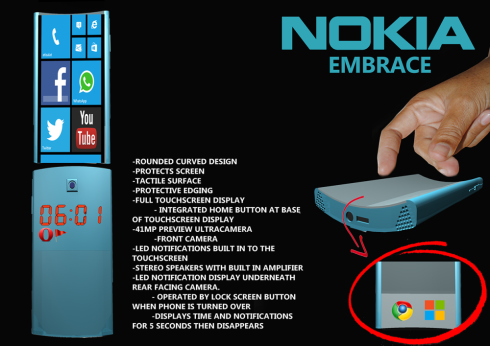 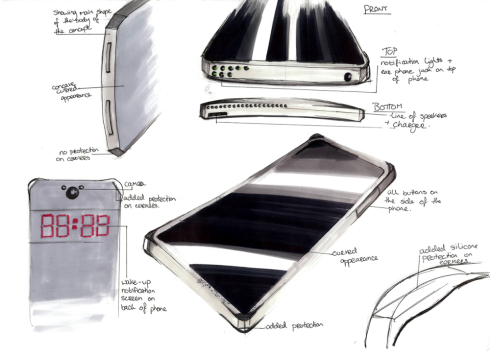 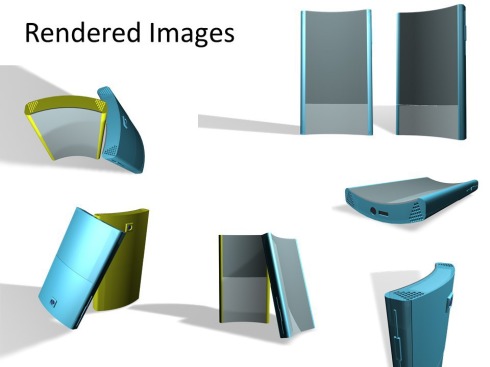 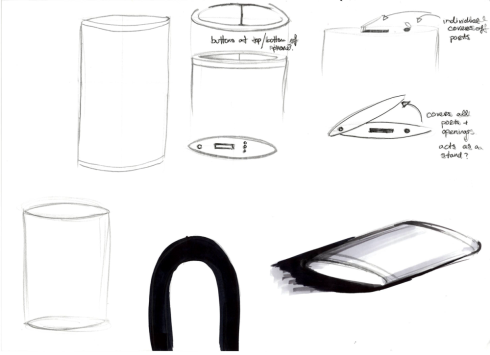 About Kelvin
Passionate about design, especially smartphones, gadgets and tablets. Blogging on this site since 2008 and discovering prototypes and trends before bigshot companies sometimes
Sony Xperia Z4 Rendered by Jermaine Smit in 3 Versions: Z4+, Z4 and Z4 Mini (Video)   Sony Sports is a Retro Phone, Meant for Fitness