Jonas Daehnert is the creator of some of the best Nokia concepts out there, including smartphones and tablets. A few months ago he rendered a Nokia tablet that became the landmark for all the designs that followed. Now he remakes that design into a modern gallery. 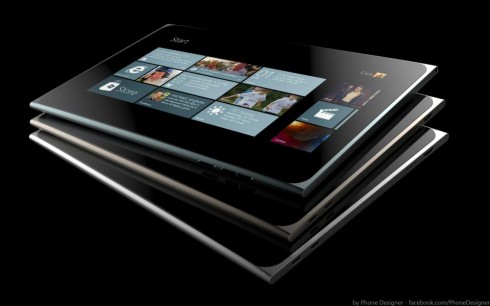 Obviously, the Nokia Lumia tablet borrows from the Lumia phones, rather the first generation of Fabula Design than the latest. We get a slim device with what seems to be a metal and plastic case with rounded corners and a rectangular form factor. The Nokia tablet is expected to have a 10.1 inch display with a 1366 x 768 pixel resolution and it could run Windows 8 or Windows RT.

The device already leaked on the web, apparently and sources say it will have a dual core or quad core 1 GHz CPU, 1 GB of RAM, a 9.7 mm thick chassis and it will weigh 676 grams. The biggest and riskiest bet Nokia can make here is implementing Windows RT on this device, but with Windows Blue coming, they may not need to do that, since Blue will supposedly replace it.