Rendered by David Quijada, Nokia Lumia 2002 is a fantastic Pureview phone with a clamshell design that certainly defines the word “keitai”. This device not only adopts a design very popular in Japan, but it also brings a kickass camera with it. 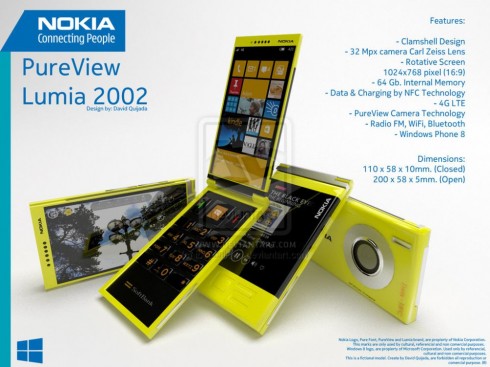 The phone measures 10 mm in thickness closed and 5 mm open, apparently. David Quijada claims he misses the old phones with their clamshell format and beauty. Well, here we are with a blast from the past. So, would you buy a dual display Nokia with rotating screen and hot camera?