You know Edgar Mkrtchyan from the latest Nokia concepts he created and showed us and now he goes back to the Nokia Lumia 720 and redoes it in the form of a very lovely mockup, shown below. The updated Lumia 720 has basically the same design lines, the same curves, but the handset is now thicker, as it has a bigger battery. 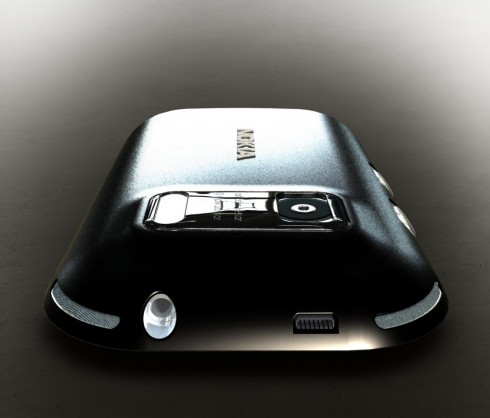 It also has an audio jack and microUSB port, bigger speakers and bigger volume sliders and unlock slider. There’s also a secondary functionality for the slider button, that makes the device mute when pushed. Nokia Lumia 720 now has a PureView camera, an 18 megapixel sensor with 1080p video recording, flash Xenon and LED flash as well. There’s a black magnesium lid in the mix, available in cyan and white, too. I guess that the rest of the specs stay unchanged, including the microSIM card slot, microSD card slot, DLNA and the dual core 1.6 GHz processor.

Storage versions are probably 16/32GB as well as one the first Nokia Lumia 720 concept and Windows Phone 8 is definitely the OS. I wonder if the 4.3 inch 1280 x 768 pixel display is still there, but since Edgar didn’t say anything, I guess it’s still the same. Kudos Edgar for this brilliant design!