Designer Mkrtchyan Edgar, also responsible for the Lumia 1001 mockup created for Mynokiablog.com a new Nokia concept phone, the Lumia 720, that brings the Windows Phone experience to a new level. This device uses a magnesium case, much like the Surface Tablet and its design involves a curved screen and large rounded case that’s also pretty shiny. 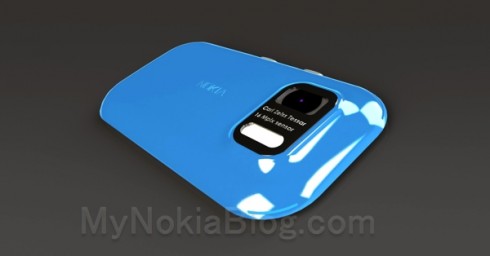 Under the hood we’ve got a removable 2200 mAh battery, a micro SIM card slot and a microSD card slot. Nokia Lumia 720 supports wireless charging and doesn’t have HDMI, relying instead on DLNA, while the audio jack is replaced by NFC apparently. The camera button is gone, being replaced with the ability to simply touch the screen to autofocus and capture the pictures. Inside the handset we find a dual core 1.6 GHz processor and other specs of the phone involve a 4.3 inch 1280 x 768 pixel display.

The camera module involves a 16 megapixel Pureview sensor, with 1080p video capture, Xenon flash and accompanied by a 1.3 megapixel camera at the front. Storage versions are 16 GB and 32GB, plus the obvious microSD card slot. As you can see, the camera has been integrated as discretely as possible into this slim design. As shown in the pics, the Lumia 720 concept runs Windows Phone 8, with those smaller tiles present on the screen. At times this phone feels a bit too curved, but other than that it’s a pretty good design. What do you think?