Peter Waters claims that he feels frustrated about the specs of the Nokia 808 PureView, so he took matters into his own hands and decided to create his own version of the dream cameraphone. The result is the duo shown below, Nokia Lumia 928 and 828. The latter is targeted to rival the LG Nexus 4 through a budget price, while the Lumia 928 wants to fight the Samsung Galaxy S III. 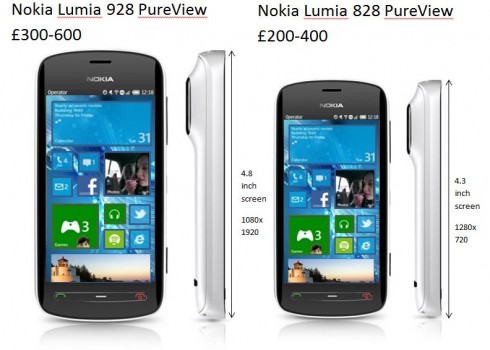 Both models feature the original PureView 41 megapixel camera and both come with large screen resolutions: 4.3 inches 720p for the smaller model and 4.8 inches 1080p for the bigger one. Nokia Lumia 828 is a budget model, at 200 quid to 400 and it packs HSPA+ connectivity, while the 300-600 quid Lumia 928 supports dual band 4G LTE. Designer Peter Waters also says that he wants Windows Phone 8 to be better and wants to change the appearance of the OS on Nokia devices.

The Nokia modified WP8 involves a personalized desktop and start menu, for a more comfortable experience. The idea here is to implement appealing skins and imagery on the platform to make it more appealing. There are new default transparent colors, reduced icon sizes and more colourful wallpapers. The empty space between icons may upset users, but it may be an interesting approach. No idea of the specs, but a quad core CPU wouldn’t hurt anyone… 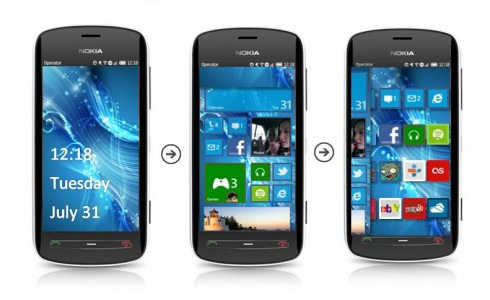