Nokia Lumia Pad Tablet is Colourful, Feels Like It Has Potential

Designer Jupeng Zhai proposes us a theme that we’ve seen before: a Nokia Lumia Pad tablet designed just like the Lumia handsets. It even adopts the vivid colors of the Nokia Lumia 920, especially the yellow. Rumors say that Nokia will unveil a tablet, maybe at CES 2013 or maybe at MWC 2013, both taking place in the next weeks. 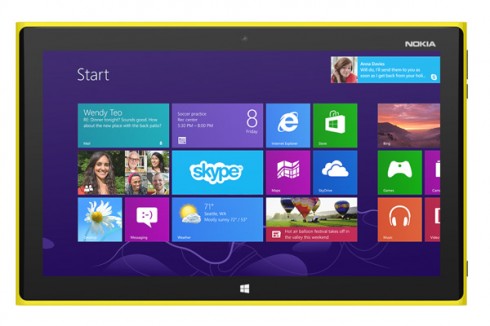 If you ask me, there are only two choices of CPU here for the Finnish company: Intel or Qualcomm. The latter would be a Snapdragon quad core unit, while the former is probably an Intel Atom new generation, or maybe something stronger. As far as memory goes, 2 GB of RAM would be enough, plus 32/64 GB of storage, an SD card slot AND microSD card slot, plus microHDMI and we’re all set.

The back camera could be a PureView, an unique feature for a tablet, even nowadays. The device would also have to include some special software, filters and lenses to use with the camera. Also, maybe Nokia will solve the problem of holding a huge 10.1 inch device in your hands while taking a pic. A brilliant idea would be detaching the camera sensor, sort of like a beefy stylus, maybe? What do you think?