Edgar Mkrtchyan usually sends us 3D renders of new Nokia phones, but now he imagined a very interesting accessory: a Nokia Lumia projector. The sketch is shown in much detail below and the designer will also come up with a 3D render later on. This is a portable video projector, one for Lumia handsets, a segment of accessories that never really took off till now. 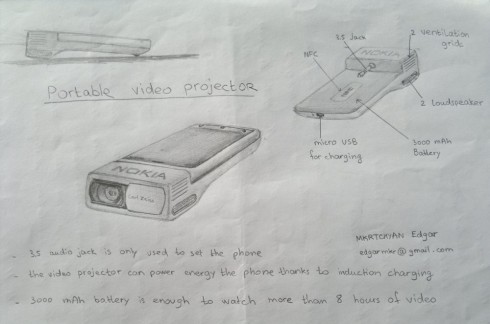 The projector shows everything you see on the handset’s screen on a big wall, which can be a good thing for conferences for example. Imagine integrating the Microsoft Office experience with this and sharing PowerPoint presentations synced from your Windows RT tablet to your Lumia for example. How cool is that? Also, watching a movie on the “big screen” becomes easier, even if you’re stranded in the mountains. Multimedia content is transmitted via NFC and the device fits in as if it were a “bed”. 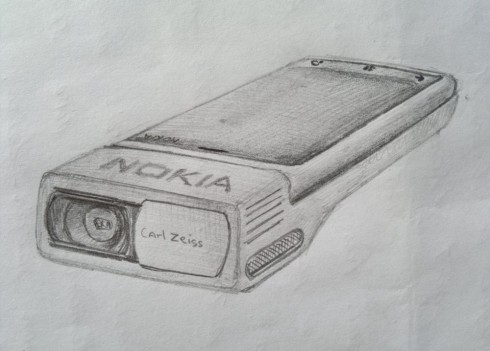 There’s also a big speaker on the side of the projector and the device apparently uses Carl Zeiss technology. The portable video projector has a 3.5 mm jack, 2 ventilation grids, 2 loudspeakers, a micro USB port for charging and a 3000 mAh battery. The 3.5 mm audio jack is used to settle the phone into the cradle. The cool thing is that you can also power the phone with the projector thanks to induction charging. With the 3000 mAh battery you can watch over 8 hours of video. Price this product anywhere around $100 and you’ve got a hit!

Also, the design looks great and the device is highly portable. Notice the slope it has when placed on the table and directed upwards, very good idea!